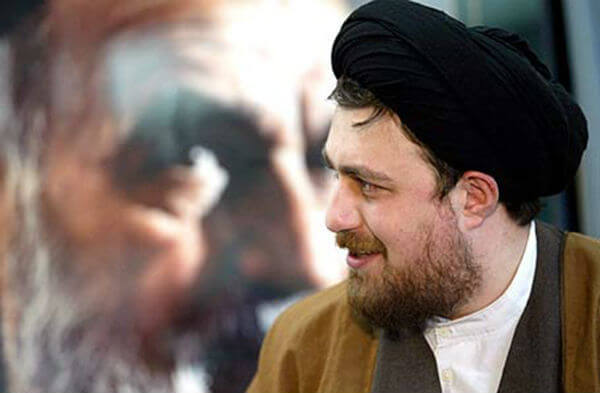 Robin Wright writes: When the revolutionary leader Ayatollah Khomeini died abruptly, from heart failure after surgery, in 1989, he left behind fifteen grandchildren. The fate of his heirs reflects the depth of tensions within the Islamic Republic as it marks the thirty-seventh anniversary of the Imam’s triumphant return from exile — and prepares for twin elections, on February 26th. All the Khomeini kids (eight males and seven females) are committed reformers pushing for Iran to open up at home — politically, economically, and socially — now that it has reëngaged with the world. In public letters and interviews, seven have challenged the theocracy’s political rules and rigid social strictures. Since 2004, three have registered to run for office.

Hassan Khomeini is the family standard-bearer. He considered a soccer career before enrolling in a seminary, in the holy city of Qom, in his twenties. Now forty-three, he still plays the odd pickup game and goes to big matches. “I was good in defense, and if I had continued soccer I might have achieved something,” he joked at a meeting with Iran’s top players, in December. He is now more seriously employed as the caretaker of his grandfather’s legacy, at the Institute for the Compilation and Publication of Imam Khomeini’s Works. He is also a published scholar on Islam’s disparate sects. He wears a black turban, signifying that he descended from the Prophet Muhammed. He has all the right connections, too. His Instagram account, which has almost a quarter of a million followers, is loaded with images of him alongside top theocrats and politicians. In December, reformist newspapers ran front-page stories heralding him as Iran’s “Future Leader” and as a “Second Khomeini.” [Continue reading…]