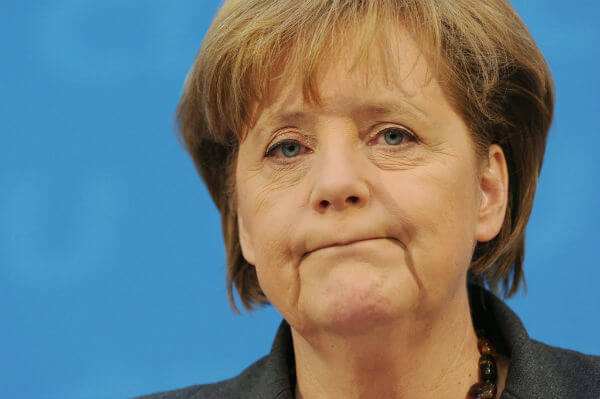 Roger Cohen writes: A former German chancellor, Gerhard Schröder, recently called Angela Merkel’s decision to open the door to an unlimited number of refugees a “mistake” and offered this verdict: Merkel had a “heart, but no plan.”

This view of the German leader, who is beloved but now begrudged, is gaining ground as refugees from a ravaged Syria and elsewhere pour in. Local authorities are strained to the limit. Billions of euros have been spent with no end in sight. Many people came in whose identities are unknown; they have to register if they want handouts, but some have not and there are security concerns. Cologne has become a byword for concern over how a large influx of Muslim men will affect the place and security of women in German society.

Three important state elections loom next month. It seems inevitable the far-right Alternative for Germany Party will surge. Merkel will be blamed. Her support has already tumbled. One poll this month showed 46 percent of Germans support her, compared with 75 percent in April last year — and that’s with a strong economy. She could be vulnerable if her Christian Democratic Party turns on her. Europe without Merkel will sink.

So why did this customarily prudent chancellor do it? Because she is a German, and to be German is to carry a special responsibility for those terrorized in their homeland and forced into flight. Because she once lived in a country, East Germany, that shot people who tried to cross its border. Because a united Europe ushered Germany from its darkest hour to prosperity, and she is not about to let the European Union pitch into mayhem on her watch — as it would with more than a million ragged refugees adrift. And, yes, because she has a heart.

Merkel did the right thing. The question now is how she handles the consequences. [Continue reading…]

2 thoughts on “Will Merkel pay for doing the right thing?”