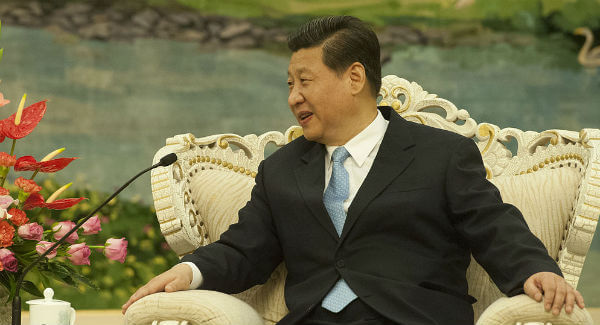 Orville Schell writes: “As a liberal, I no longer feel I have a future in China,” a prominent Chinese think tank head in the process of moving abroad recently lamented in private. Such refrains are all too familiar these days as educated Chinese professionals express growing alarm over their country’s future. Indeed, not since the 1970s when Mao still reigned and the Cultural Revolution still raged has the Chinese leadership been so possessed by Maoist nostalgia and Leninist-style leadership.

As different leaders have come and gone, China specialists overseas have become accustomed to reading Chinese Communist Party (CCP) tea leaves as oscillating cycles of political “relaxation” and “tightening.” China has long been a one-party Leninist state with extensive censorship and perhaps the largest secret police establishment in the world. But what has been happening lately in Beijing under the leadership of Chinese Communist Party General Secretary Xi Jinping is no such simple fluctuation. It is a fundamental shift in ideological and organizational direction that is beginning to influence both China’s reform agenda and its foreign relations.

At the center of this retrograde trend is Xi’s enormously ambitious initiative to purge the Chinese Communist Party of what he calls “tigers and flies,” namely corrupt officials and businessmen both high and low. Since it began in 2012, the campaign has already netted more than 160 “tigers” whose rank is above or equivalent to that of the deputy provincial or deputy ministerial level, and more than 1,400 “flies,” all lower-level officials.1 But it has also morphed from an anticorruption drive into a broader neo-Maoist-style mass purge aimed at political rivals and others with differing ideological or political views.

To carry out this mass movement, the Party has mobilized its unique and extensive network of surveillance, security, and secret police in ways that have affected many areas of Chinese life. Media organizations dealing with news and information have been hit particularly hard. Pressured to conform to old Maoist models requiring them to serve as megaphones for the Party, editors and reporters have found themselves increasingly constrained by Central Propaganda Department diktats. Told what they can and cannot cover, they find that the limited freedom they had to report on events has been drastically curtailed. [Continue reading…]