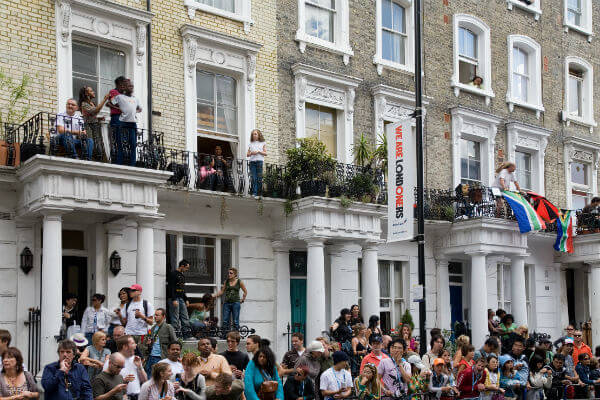 Yasmin Alibhai-Brown writes: The whole universe may be found in a grain of London life,” wrote Peter Ackroyd. Sadiq Khan knows the grainy, multifarious life of the capital intimately. He is a real Londoner, and that is why he is the best choice for mayor. It matters more than his race, religion or class. Khan’s Pakistan-born father was a bus driver, his mother a seamstress. They had eight children, seven of them boys. The parents saved up to buy a home, and sent all their children to university. Khan has lived in public housing, used public transport, known deprivation, and epitomises urban aspiration.

Zac Goldsmith was born in London yet he could never acquire the same sensibility, or even pretend to know what it means. Goldsmith has never had to strive, and his privilege shows in his lack of passion, his lack of the kind of energy that drives most true Londoners.

I moved to London, from Oxford, in 1978 with my mum, ex-husband and a six-month-old baby. Exiles from Uganda, we had little money then, and lived in a one-bedroom flat near Shepherd’s Bush. It had rats, damp, a bath in the kitchen and broken furniture. My boy was starting to crawl, and one day picked up some rat droppings. I sobbed. But on the common, in the evening, surrounded by lights and sounds, we felt we had arrived. Eating a Wimpy burger from a box was the biggest treat. Upstairs lived Noreen, a young woman from Kent who had escaped from a violent husband. Next door was Elsa, a sweet Jamaican granny who made excellent gingerbread in an oven with a broken door. The building belonged to a shady man who had several such properties. He got rich and fat, and died of a heart attack. Noreen found a new man, a Yorkshireman who was training to be a bespoke tailor. Elsa started selling her gingerbread to neighbours, and moved to a better place. My ex-husband and I found good jobs and bought our first flat, where I still live.

This is what London ever was, and still is: big, busy, mysterious. By turns miserly and bountiful, chaotic and serene, shockingly unequal yet welcoming: a tough place that is always changing but where a future is always possible. This is where the British dream can come true. London belongs to no one, and so everyone can at least hope to claim a place in it. It is a hub, a fabulously diverse ecosystem that draws in people from other parts of the kingdom and the globe. [Continue reading…]