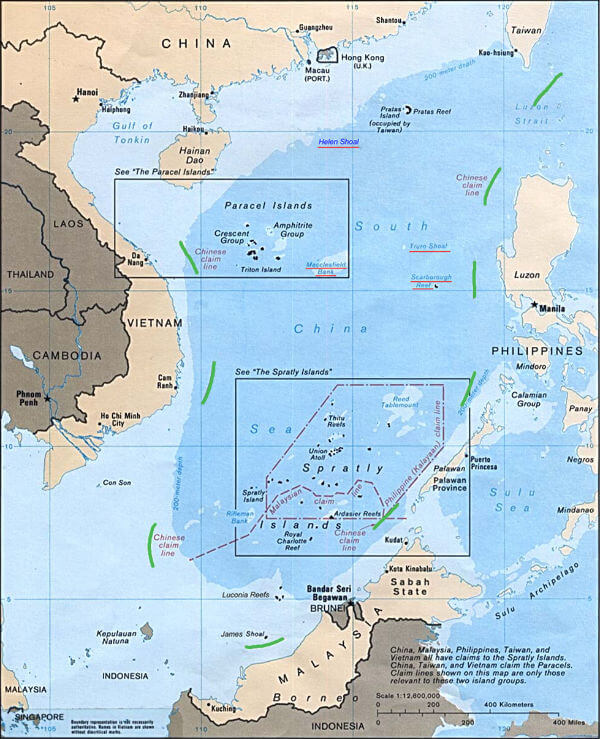 Steve Mollman writes: All any nation needs to go to war is a good provocation, and China is no exception. With its sweeping territorial claims, island-building, militarization, patriotic fervor, and prickly rhetoric, Beijing is setting itself up to be repeatedly provoked in the South China Sea. It might even be counting on it.

Consider the nation’s manmade, militarized island at Fiery Cross Reef in the Spratly archipelago. Though it didn’t even exist a few years ago, and for decades ships from other nations could routinely sail by it without disturbance, now Beijing feels provoked if anyone goes near it — and sends out warnings or makes aggressive gestures in response.

This week the USS William P. Lawrence, a guided missile destroyer from the US Navy, conducted a “freedom of navigation” operation near the island. It deliberately sailed within 12 nautical miles of Fiery Cross Reef. If the US recognized the reef as China’s territory to begin with — which it does not — that would be considered entering China’s territory.

The problem is China has claimed, outrageously, that nearly the entire sea is its own territory. Considering the fact that some $5 trillion in ship-borne trade passes through the strategic waterway every year, that’s a problem not just for the US, but any number of countries participating in the global economy. The US Navy’s operation was a reminder to China that the sea is open waters, despite any impromptu islands that might have been constructed of late.

China bases its sea claim on a “nine-dash line” that it drew on a map after World War 2. Never mind that the line conflicts with international norms and overlapping claims by nearby nations, including the Philippines, Vietnam, and Malaysia, nations whose coasts are much closer to the disputed sea than China’s. [Continue reading…]