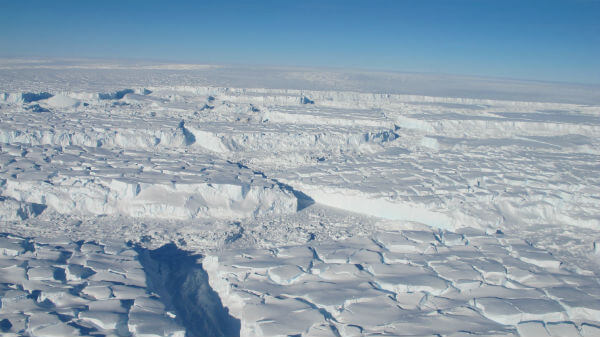 The Washington Post reports: The forces affecting the ice in West Antarctica are an area of urgent focus for climate scientists who are all too aware of the ice sheet’s huge potential contributions to global sea-level rise. A great deal of this attention has centered on a specific region bordering the Amundsen Sea, south of the Antarctic Peninsula, where research has suggested that a set of rapidly retreating glaciers — including the famous Thwaites and Pine Island glaciers — may be increasingly vulnerable to collapse.

But research is increasingly suggesting that the region is not the only area deserving of concern. Just last month, a new study suggested that the Totten Glacier in East Antarctica, which has typically been considered much less of a threat than West Antarctica, is also thinning quickly and has retreated inland by close to two miles in some areas. Overall, the glacier has the potential to raise sea levels by about 13 feet should it collapse.

And now, a new study just published in the journal Geophysical Research Letters has identified a new area of concern. The new research focuses on the Bellingshausen Sea region, an area just above the Amundsen Sea on the west side of the Antarctic Peninsula. Using four decades’ worth of satellite data, researchers have found that ice in this region has also experienced significant retreat, particularly since 1990, and could be a bigger threat than expected. [Continue reading…]