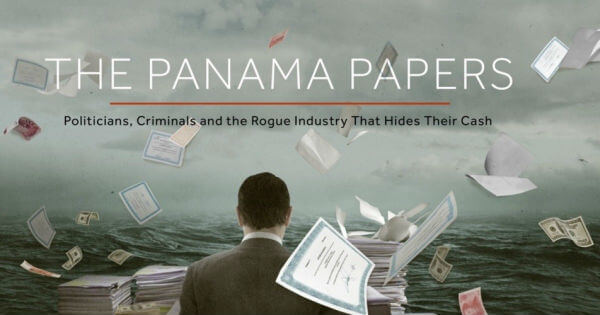 The New York Times reports: Over the years, William R. Ponsoldt had earned tens of millions of dollars building a string of successful companies. He had renovated apartment buildings in the New York City area. Bred Arabian horses. Run a yacht club in the Bahamas, a rock quarry in Michigan, an auto-parts company in Canada, even a multibillion-dollar hedge fund.

Now, as he neared retirement, Mr. Ponsoldt, of Jensen Beach, Fla., had a special request for Mossack Fonseca, a Panama-based law firm well placed in the world of offshore finance: How could he confidentially shift his money into overseas bank accounts and use them to buy real estate and move funds to his children?

“He is the manager of one of the richest hedge funds in the world,” a lawyer at Mossack Fonseca wrote when the firm was introduced to Mr. Ponsoldt in 2004. “Primary objective is to maintain the utmost confidentiality and ideally to open bank accounts without disclosing his name as a private person.”

In summary, the firm explained: “He needs asset protection schemes, which we are trying to sell him.”

Thus began a relationship that would last at least through 2015 as Mossack Fonseca managed eight shell companies and a foundation on the family’s behalf, moving at least $134 million through seven banks in six countries — little of which could be traced directly to Mr. Ponsoldt or his children.

These transactions and others like them for a stable of wealthy clients from the United States are outlined in extraordinary detail in the trove of internal Mossack Fonseca documents known as the Panama Papers. The materials were obtained by the German newspaper Süddeutsche Zeitung and the International Consortium of Investigative Journalists, and have now been shared with The New York Times. [Continue reading…]