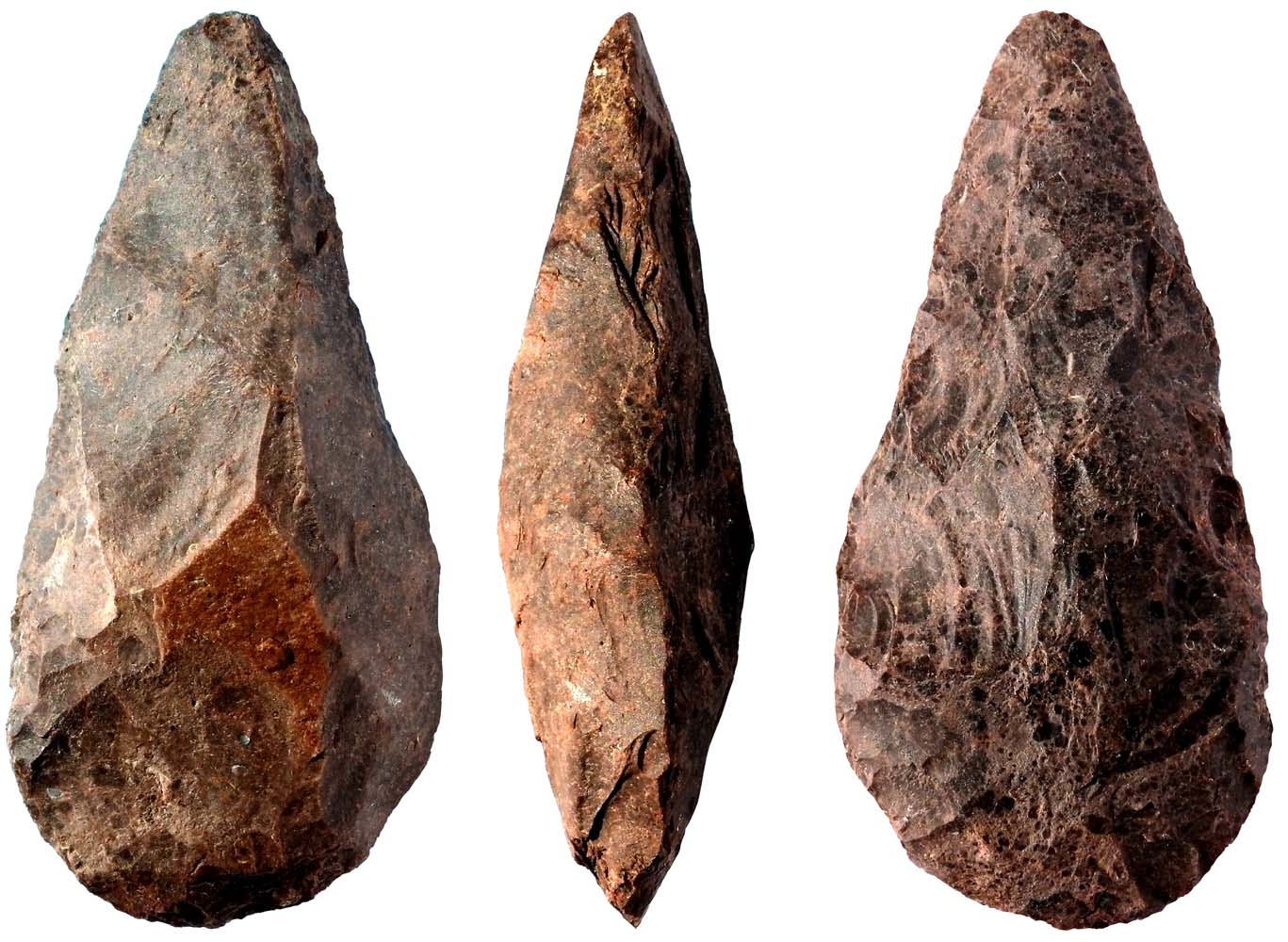 Stephen E. Nash writes: To my mind, a well-made Acheulean hand ax is one of the most beautiful and remarkable archaeological objects ever found, anywhere on the planet. I love its clean, symmetrical lines. Its strength and heft impress me, and so does its persistence.

Acheulean hand ax is the term archaeologists now use to describe the distinctive stone-tool type first discovered by John Frere at Hoxne, in Suffolk, Great Britain, in the late 1700s. Jacques Boucher de Perthes, a celebrated archaeologist, found similar objects in France during excavations conducted in the 1830s and 1840s. The name Acheulean comes from the site of Saint-Acheul, near the town of Amiens in northern France, which de Perthes excavated in 1859.

The term hand ax is arguably a misnomer. While the stone tool could conceivably have been used to chop — as with a modern ax — there is little evidence the implement was attached to a handle. In the absence of a handle, the user would have seriously damaged his or her hands while holding onto the ax’s sharp edges and striking another hard substance. There is evidence, however — in the form of telltale microscopic damage to the hand-ax edges and surfaces — that these objects were used for slicing, scraping, and some woodworking activities. Hand axes also served as sources of raw material (in strict archaeological terms, they were cores) from which new, smaller cutting tools (flakes) were struck. So they likely served a range of purposes. [Continue reading…]