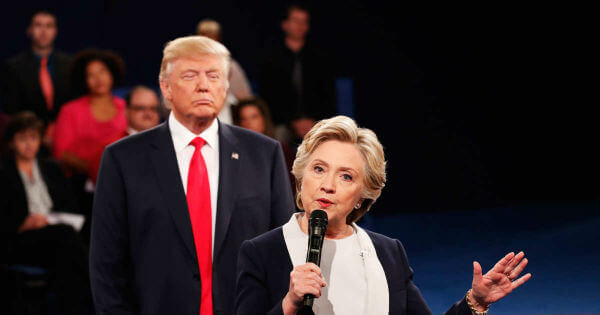 Michael Weiss writes: Well, now I prefer the guy who didn’t know what Aleppo is.

In the second presidential debate, during which Hillary Clinton looked as if she could profit from her own no-fly zone against her menacingly hovering opponent, Donald Trump made a series of assertions about the five-year-old humanitarian catastrophe in Syria that no one with access to Google, much less classified intelligence, ever ought to make. That he managed to do this while both deferring to a theocratic—excuse me, Islamic terrorist—regime he claims to reprehend and also humiliating his own running-mate in the process was a masterstroke of Trumpist illogic and megalomania.

By way of reaffirming his faith in a better working relationship with the Kremlin (whose hacking of the Democratic National Committee he again doubted), Trump stated that “Assad is killing ISIS. Russia is killing ISIS. And Iran is killing ISIS.” He sees this as proof of absent American leadership, and is quite comfortable being on their side in a civilizational struggle, even though he hates the fact that Iran is richer and only able to war against the Sunni extremists thanks to Obama’s nuclear deal.

In point of fact, none of the parties Trump rattled off has demonstrated much of a keenness or willingness to fight ISIS in Syria, as a bevy of U.S. officials and independent monitors have repeatedly pointed out. [Continue reading…]