That works out to Americans thinking there are about 54 million Muslims in the U.S., when in fact the Muslim population is about 3 million.

This wide disparity between public perception and reality is even more pronounced in Europe. The French, for example, think Muslims make up 31 percent of the French population, when only 7.5 percent of that country is Muslim. [Continue reading…] 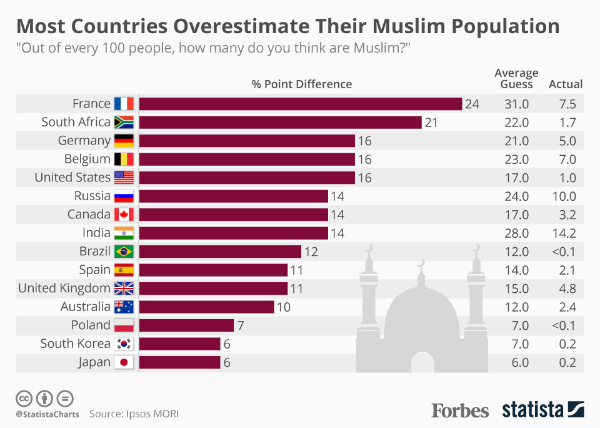 2 thoughts on “Americans believe there are 54 million Muslims in America. In fact, there are only 3 million”