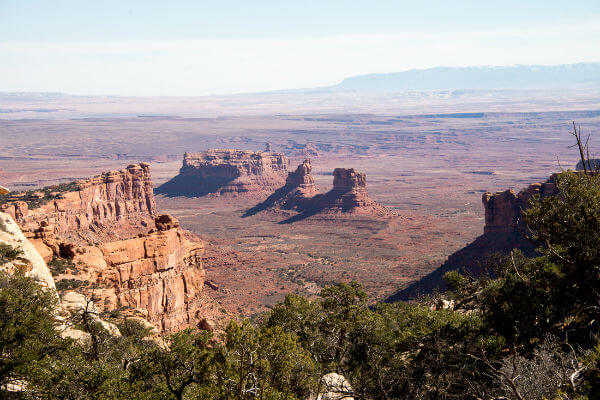 The Washington Post reports: President Obama on Wednesday created new national monuments in a sacred tribal site in southeastern Utah and in a swath of Nevada desert, after years of political fights over the fate of the areas.

The designations further cement Obama’s environmental legacy as one of the most consequential — and contentious — in presidential history. He has invoked his executive power to create national monuments 29 times during his tenure, establishing or expanding protections for more than 553 million acres of federal lands and waters.

Environmental groups have praised the conservation efforts, but critics say they amount to a federal land grab. Some worry that the new designations could fuel another armed protest by antigovernment forces inspired by the Cliven Bundy family, such as the takeover of the Malheur National Wildlife Refuge in Oregon this year.

Obama’s newest designations include two sprawling Western landscapes that are under threat, yet also where local residents are deeply divided on how the land should be used.

In Utah, where the federal government owns about two-thirds of the land, the designation of another 1.35 million acres to create the Bears Ears National Monument undoubtedly will prove polarizing.

For the first time, Native American tribes will offer management input for a national monument through an inter-tribal commission. Five tribes that often have been at odds — the Hopi, Navajo, Uintah and Ouray Ute, Ute Mountain Ute and Pueblo of Zuni — will together have responsibility for protecting an area that contains well-preserved remnants of ancestral Pueblo sites dating back more than 3,500 years.

“We have always looked to Bears Ears as a place of refuge, as a place where we can gather herbs and medicinal plants, and a place of prayer and sacredness,” Russell Begaye, president of the Navajo Nation, said in a call with reporters Wednesday. “These places — the rocks, the wind, the land — they are living, breathing things that deserve timely and lasting protection.” [Continue reading…]