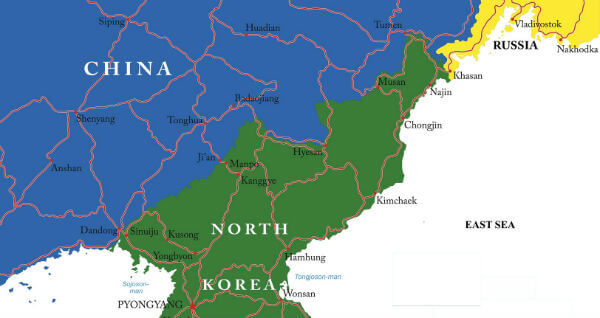 Reuters reports: When North Korean leader Kim Jong Un sent Lunar New Year greetings this year, the first card went to Russian President Vladimir Putin, ahead of leaders from China and other allies of the isolated country, according to its official news agency.

Some academics who study North Korea argue Kim could be looking for Russia to ease any pain if China, which accounts for about 90 percent of North Korea’s trade, steps up sanctions against the isolated country as part of moves to deter its nuclear and missile programmes.

There is no sign of any sustainable increase in trade between Russia and North Korea, but business and transport links between the two are getting busier.

A new ferry service starting next week will move up to 200 passengers and 1,000 tonnes of cargo six times a month between North Korea and the Russian port of Vladivostok. [Continue reading…]