The Pope in the Palestinian prison camp
By Paul Woodward, War in Context, May 15, 2009

Has this image appeared widely in the media? I don’t honestly know, but I’ll assume it hasn’t. So the next question would be: why not? 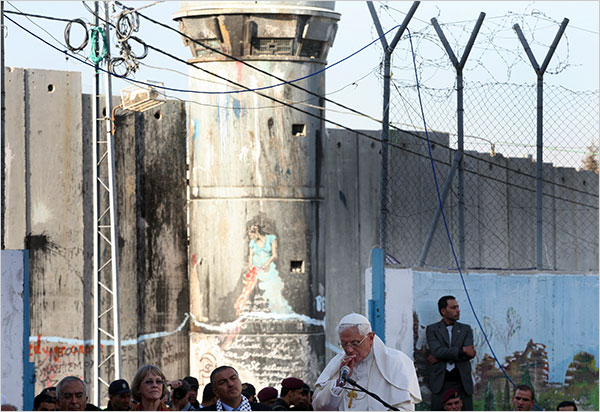 The New York Times ran an article with the headline: “In Bethlehem, Pope laments Israeli wall“. The perfect place to use the image above — the one their own photographer had provided. Right?

Wrong. Instead, they went with a poetic Getty image: little children peaking over a little wall. How enchanting! 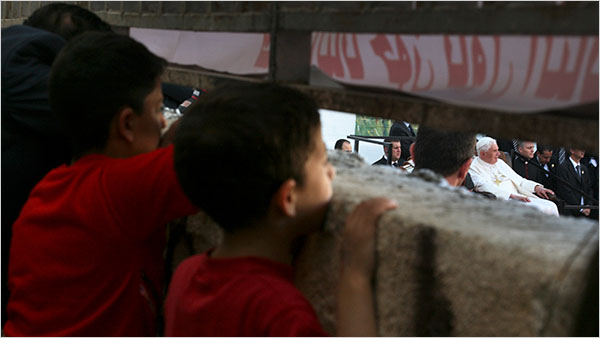