In the wake of the election debacle, questions are being raised [regarding the military and Khamenei] about who controls whom. But over the years, Ayatollah Khamenei gradually surmounted expectations that he would be eclipsed. 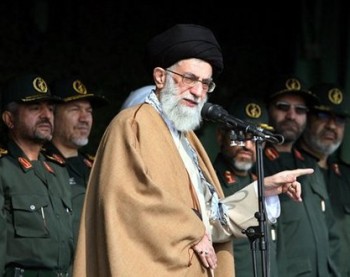 “He is a weak leader, who is extremely smart in allying himself, or in maneuvering between centers of power,” said one expert at New York University, declining to use his name because he travels to Iran frequently. “Because of the factionalism of the state, he seems to be the most powerful person.”

But many analysts say the differences between factions have never been quite so pronounced nor public as in the past few days. Former President Ali Akbar Hashemi Rafsanjani, once a close Khamenei ally who helped him become supreme leader, sent an open letter to him in the days before the election warning that any fraud would backfire, Mr. Milani noted. If he allowed the military to ignore the public will and to destroy senior revolutionary veterans, the decision would haunt him, Mr. Rafsanjani warned: “Tomorrow it is going to be you.”

Everyone speaking of Ayatollah Khamenei tends to use the word “cautious,” a man who never gambles. But he now faces a nearly impossible choice. If he lets the demonstrations swell, it could well change the system of clerical rule. If he uses violence to stamp them out, the myth of a popular mandate for the Islamic revolution will die. [continued…]

If the regime had hoped to quell Iran’s powerful democratic stirring with a massive show of force since last Friday’s vote, it failed to do so.

For the first time, in that crowd, it seemed to me that the forces of change, the deeper Iran of civility and courage that I first encountered several months ago, might prevail. Seldom has silence been more eloquent or potent.

Sunday had been a different story, full of violence and confrontation. Out in the streets, a doctor, Mahdi Alizadeh, had stopped to tell me about the bravery of President Ahmadinejad, his glorious electoral victory, and how Iran was “the most democratic country in the world,” when a woman named Yassamin approached and demanded: “If your side won, why are you doing this?”

“This” meant the beatings. She said she had just seen women and children being struck by the baton-wielding police. I had, too. The image of a slender woman outside Tehran University, her face contorted in pain, clutching her upper arm where the blow fell, had lodged in my mind. There’s nothing more repugnant than seeing women being hit by big men armed with clubs and the license of the state. [continued…] 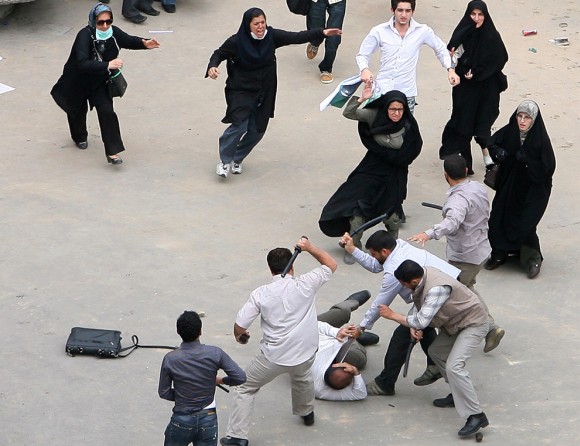 Gary Sick on his blog said that the remark he wanted to add at the end of this interview was that “the situation is certainly not a revolution at this point, but the main players are faced with the decision of whether to push things to the brink, realizing that it could run out of control and perhaps bring down the entire system of Islamic government. In the past, opposition forces have recoiled at that prospect and retreated. It is very likely they will do so again, but they are perhaps closer to the line today than they have been in the entire 30 years of the post-revolutionary experience.”

Dennis Ross gets special job with no name
By Massimo Calabresi and Michael Scherer, Time, June 15, 2009

Dennis Ross, the Obama Administration’s special adviser on Iran, will be leaving his post at the State Department to become a senior adviser at the National Security Council (NSC) with an expanded portfolio, Administration officials told Time.

The new White House position puts him closer to the center of foreign policy power, placing him in the top ranks of Obama’s in-house aides, said an Administration official. “He is closer to being able to provide advice to the President.” But Ross’s exact duties remain unclear. [continued…]

Most Israelis could live with a nuclear Iran: poll
By Dan Williams, Reuters, June 14, 2009

Only one in five Israeli Jews believes a nuclear-armed Iran would try to destroy Israel and most see life continuing as normal should their arch-foe get the bomb, an opinion poll published on Sunday found.

The survey, commissioned by a Tel Aviv University think tank, appeared to challenge the argument of successive Israeli governments that Iran must be denied the means to make atomic weapons lest it threaten the existence of the Jewish state.