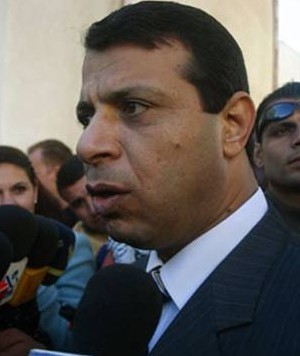 e ran the Gaza Strip like the Godfather, dispensing brutal punishment and benevolent largess. But that was before his summer of disgrace, two years ago, when Hamas militants drove out his armed followers and allowed looters to pick apart his seaside villa.

Mohammed Dahlan, the once-legendary chief of Fatah’s forces in the enclave, watched his own defeat helplessly from exile. Then he felt the sting of blame for “losing Gaza,” a debacle that split the Palestinians into hostile camps and crippled their drive for statehood.

Stripped of his authority in the late Yasser Arafat’s movement, he dropped from the limelight and plotted. But his target was not Hamas; it was the many detractors among his Fatah brethren who branded him a has-been.

After 18 months of quiet but tireless politicking, Dahlan is back in play. His recent election to Fatah’s Central Committee put him in an elite circle of advisors to Arafat’s 74-year-old successor, Palestinian Authority President Mahmoud Abbas, and positioned him as a contender to lead the movement someday. [continued…]