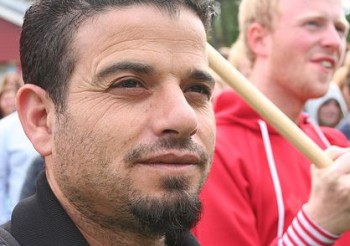 ohammad Othman, the BDS campaigner who was detained by Israel upon returning from a speaking tour in Norway, was given three months administrative detention yesterday in an Israeli military court. Othman had been held 63 days without charge before the court agreed to the prosecution’s request for administrative dentention. Othman has been under nearly constant interrogation during this time. [continued…]

Editor’s Comment — The ongoing debate about the BDS movement seems like it could be a waste of energy. If BDS gathers enough momentum then it will become a politically self-justifying exercise simply by virtue of the attention it receives. If it doesn’t acquire critical mass, then its merits or flaws will be moot.

And momentum itself is to a significant degree a self-fulfilling expectation. As an Indian master once said: “faith is the willingness to try.” That willingness is increasingly evident.

The fact that J Street is alarmed by a movement that is “spreading like wild fire” across American college campuses is a strong sign that what might have once looked like a form of fringe activism is already heading on a trajectory towards the mainstream — a domain that the “pro-Israel pro-peace” lobby can probably only dream of dominating.

Is Israel threatened by the BDS movement?
By Mya Guarnieri, Ma’an, November 11, 2009

For nearly six weeks now Mohammed Othman, a prominent Palestinian activist and an outspoken advocate of the nonviolent boycott, divestment and sanctions (BDS) movement, has been held in an Israeli military prison without charges.

On 22 September 2009 Othman, 34, was detained at the Allenby Crossing as he attempted to return home to the occupied West Bank from Jordan. He was returning from a trip to Norway, where he met with that country’s Finance Minister Kristin Halvorsen, amongst other officials.

At the beginning of September, Finance Minister Halvorsen announced Norway’s divestment from the Israeli company Elbit due to “ethical concerns.” Elbit provides security systems for Israel’s separation wall in the West Bank, for illegal settlements as well as unmanned aerial vehicles (commonly known as drones) and other technology for the Israeli military. According to many Middle East analysts and human rights groups, Othman played a pivotal role in Norway’s decision to disassociate from Elbit. [continued…]

1 thought on “The Boycott, Divestment and Sanctions movement is working”