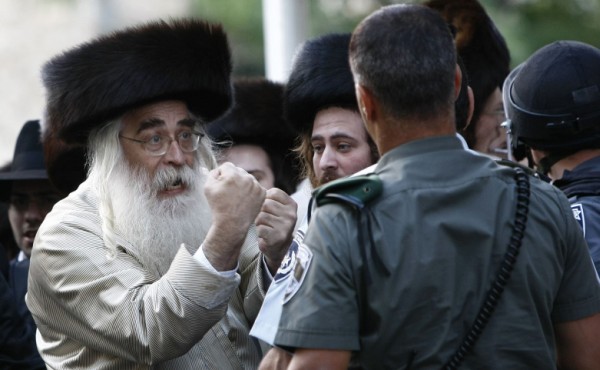 The chapter on Israel in the U.S. State Department’s 2009 Report on International Religious Freedom, issued in October, presents Israel in an embarrassing light – as one of the 30 countries “where violations of religious freedom have been noteworthy.” According to the Americans, Israel is more similar to Russia or Turkey than it is to Saudi Arabia or Iran, but that’s small comfort.

The report addresses at length the fact that one-quarter of students in the Jewish school system in Israel do not study general subjects such as English, mathematics and the sciences, and will thus find it difficult to enter the labor market. Like most Israelis, the Americans do not draw the correct conclusions: The difficult situation of today is just a promo – if the current trend continues things will get much worse here.

According to studies carried out by economist Eli Berman of the University of California, San Diego, Israel’s ultra-Orthodox population doubles every 16 years. Thirteen percent of Israelis who are eligible for the draft each year “enlist” in yeshivas. The Israel Defense Forces predicts that in 10 years one in every four 18-year-olds will evade service by studying in a yeshiva. For a long time now the problem has gone beyond discrimination; we are on the brink of a problem of national security.

According to researchers of the Israel 2028 project, headed by Eli Hurvitz and David Brodet, barring a significant change to the fertility rate in the Haredi community, the ultra-Orthodox will represent more than one-fifth of Israel’s Jewish population in 2028.

A new forecast by Gilad Malach, a researcher at the Metzilah Center for Zionist, Jewish, Liberal and Humanist Thought, finds that if the annual rate of natural increase among Haredim stays at 5 percent, by 2050 they will comprise 37 percent of Israeli Jews – assuming that non-Haredim will want to remain here to support them. This is not science fiction. It’s exactly what occurred in Jerusalem in the past generation.

Why are we talking about the ultra-Orthodox birthrate? And why is it a problem? Because when it comes to the economy and national defense, Israeli society is supporting the Haredim. This was difficult but doable in the 1980s, when the Haredim were only 4 percent of the population. It is impossible now, when they are about 10 percent.

It is liable to bring down Israel’s economy and society in 20 years, turning Israel into a third-world country with an atrophied economy and increasing disrespect for human rights. In the most pessimistic scenarios it could lead to a partition of the state, or to civil war. It has happened in other places. It could happen here.

The solution is not for the ultra-Orthodox to stop being ultra-Orthodox, but rather for them to start working and serving in the army, to integrate into mainstream society like Haredim in London or New York. But the Haredi leaders lack the necessary vision, fail to understand the scope of the national threat and do everything in their power to maintain the status quo under which the men in the community do not work.

Since the Haredi community will not change voluntarily, there is no option but to make some tough decisions: The introduction of English, math and science studies must become a condition for receiving state school funding, and quotas must be set for the number of yeshiva students exempted from the draft. The cut in child allowances and other government support a few years ago increased Haredi participation in the workforce, but not sufficiently. For that to happen, assistance to large families must be made conditional on joining the labor market.

These decisions must be made immediately, for two reasons. First, because if they are delayed for a decade it could be too late to prevent the plunge into the abyss. Second, because the political power of the Haredim is increasing, and any delay will make it harder to legislate these decisions, which are critical for the state and the Haredim themselves.

The writer is vice president of research and information for Hiddush – For Religious Freedom and Equality.

1 thought on “The real demographic threat facing the Jewish state”