The director of a British company that supplies bomb detectors to Iraq has been arrested on fraud charges, and the export of the devices has been banned, British government officials confirmed Saturday.

Iraqi officials reacted with fury to the news, noting a series of horrific bombings in the past six months despite the widespread use of the bomb detectors at hundreds of checkpoints in the capital.

But the Ministry of the Interior has not withdrawn the device from duty, and police officers continue to use them. [continued…] 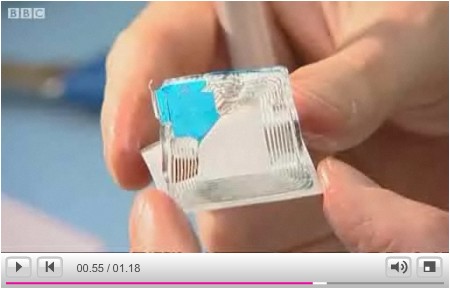 Despite major bombings that have rattled the nation, and fears of rising violence as American troops withdraw, Iraq’s security forces have been relying on a device to detect bombs and weapons that the United States military and technical experts say is useless.

The small hand-held wand, with a telescopic antenna on a swivel, is being used at hundreds of checkpoints in Iraq. But the device works “on the same principle as a Ouija board” — the power of suggestion — said a retired United States Air Force officer, Lt. Col. Hal Bidlack, who described the wand as nothing more than an explosives divining rod.

Still, the Iraqi government has purchased more than 1,500 of the devices, known as the ADE 651, at costs from $16,500 to $60,000 each. Nearly every police checkpoint, and many Iraqi military checkpoints, have one of the devices, which are now normally used in place of physical inspections of vehicles. [continued…]