Reuters reports on the latest display of European Islamophobia: 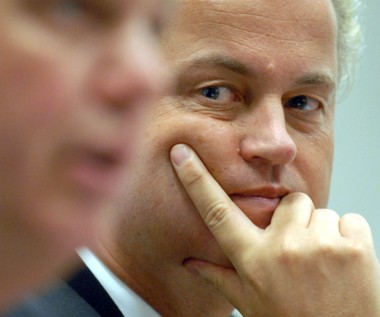 In the first test of public opinion since the collapse of Prime Minister Jan Peter Balkenende’s coalition government last month, Wilders’s Freedom Party (PVV) led in the city of Almere and was second in The Hague.

The results came on top of an opinion poll showing that the PVV, which campaigns against Muslim immigration as its main platform, would win the most seats — 27 in the 150-member Dutch parliament — in the June 9 election.

That would make it tough for Balkenende’s Christian Democrats, projected to win one seat less, to forge a strong coalition without Wilders. Months of talks between parties, and the resulting policy vacuum, could threaten a fragile economic recovery and cast doubt on the scope of planned budget cuts.

The popularity of Wilders, who compares Islam to fascism and the Koran to Adolf Hitler’s book “Mein Kampf,” has dented the image of the Netherlands as a country that has often portrayed itself in the past as a bastion of tolerance.