Among the many intriguing pieces of information about Qassem Suleimani, the head of Iran’s Quds Force, in this profile by Christopher Dickey, is this: Suleimani along with many other senior figures in the Quds Force actually supported Mir Hossein Mousavi in last summer’s presidential election. 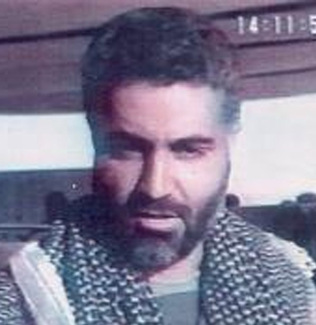 The text message was cryptic and sent through an intermediary, but its spookiness has become legendary among the Americans tasked with trying to stabilize Iraq. The moment was May 2008, and once again all hell was breaking loose. Shiite militias had gone to battle against each other. The fighting threatened to spread to Baghdad. Gen. David Petraeus and Ambassador Ryan Crocker were scrambling to find somebody to broker a truce. Then the text message was passed to the American commander. “General Petraeus,” it began, “you should know that I, Qassem Suleimani, control the policy for Iran with respect to Iraq, Lebanon, Gaza, and Afghanistan.” Within days it was Suleimani who brokered the truce.

What surprised Petraeus and Crocker was not the Iranian’s role. They knew that already. It was the blunt confidence with which Suleimani stated it. As the head of the infamous Quds Force, he commands all the Iranian Revolutionary Guard Corps (IRGC) operations outside Iran’s borders—whether covert, overt, or outright terrorist. In the fractious politicking almost certain to follow Iraq’s parliamentary elections on Sunday, this 53-year-old Iranian general could pull the strings that make or break the new government in Baghdad.

Long before America’s troops occupied Iraq, Suleimani’s forces occupied the shadows. In the buildup to the U.S.-led invasion, he was the go-to guy for much of the Iraqi Kurdish and Shiite opposition to Saddam Hussein. Suleimani’s networks of agents, collaborators, military advisers, client militias, and secret informers give him a degree of power that is difficult to gauge, but it often seems proconsular: “I, Qassem Suleimani,” his text read, like an emperor’s decree. And his real message in 2008 was that he could turn up the heat, or turn it down, at will.