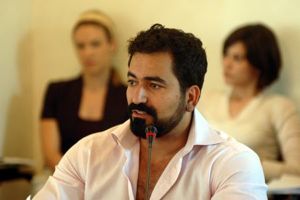 Karsh describes the Israeli-Palestinian conflict as an urgent foreign policy matter for the United States.

Its about Zionist Jewish settlers dispossessing the Palestinians and occupying Palestinian land. And killing Palestinians. Its not a religious conflict. Its a territorial one, an anti-colonial one, a national liberation struggle, even if the discourse used these days to describe it is often religious.

3 thoughts on “It’s not about Islam and Judaism; it’s about anti-colonialism, territory, liberation, and lives”