Carlotta Gall spoke to a US-trained former colonel in Pakistan’s spy agency, who spent 20 years running insurgents in and out of Afghanistan: 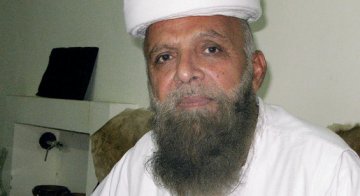 If Colonel Imam personifies the double edge of Pakistan’s policy toward the Taliban, he also embodies the deep connection Pakistan has to the Afghan insurgents, and possibly the key to controlling them.

Once a promising protégé for the United States, he underwent Special Forces training at Fort Bragg, N.C., in 1974, learning in particular the use of explosives, and he went on to do a master parachutist course with the 82nd Airborne Division.

On his return to Pakistan, he taught insurgent tactics to the first Afghan students who fled the country’s Communist revolution in 1978, among them future resistance leaders Gulbuddin Hekmatyar and Ahmed Shah Masood. He then worked closely with the C.I.A. to train and support thousands of guerrilla fighters for the Afghan resistance against the Soviet Army throughout the 1980s.

Once the Soviets were pushed out, the Taliban emerged and Colonel Imam, then serving as a Pakistani consular official in Afghanistan, provided critical support to their bid to rule the country, Western officials said.

By his own account, he was so close to the Taliban leader, Mullah Muhammad Omar, that he visited him in the days after the Sept. 11 attacks, and left only when the American bombing campaign began later in 2001. He says he has not returned since. His parting advice to Mullah Omar, he said, was to fight on, but stick to guerrilla tactics.

Today, Colonel Imam speaks highly of the Americans he worked with. But he predicts failure for the United States in Afghanistan. While his views are clearly colored by his ardor for the Taliban cause, they also carry the weight of someone who knows his subject well.