It turns out that at least when it comes to the Israeli-Palestinian conflict the difference between the Bush administration and the Obama administration is this: team Bush had better choreography.

The US vice-president, Joe Biden, today attempted to salvage the Middle East peace talks after the Palestinians announced they were pulling out of a new round of indirect negotiations before they had begun.

The Palestinian move was in protest against Israel’s decision to build hundreds of new homes in a Jewish settlement in East Jerusalem.

The withdrawal from negotiations, announced in Cairo by Amr Moussa, the head of the Arab League, represents a major setback to months of diplomacy by the US administration prior to Biden’s visit to the region.

Even so, Biden went on to say that in Israel the US has “no better friend”.

Does the vice president, does this administration, have no dignity?

Is it so craven that in the moment of its humiliation it feels driven to ingratiate itself even further?

What Goliaths are these that never fail in turning America’s leaders into gibbering fools?

Gideon Levy offers credit where credit is due: 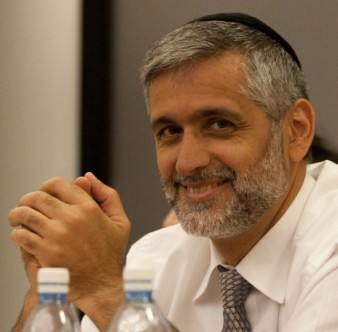 Here’s someone new to blame for everything: Eli Yishai. After all, Benjamin Netanyahu wanted it so much, Ehud Barak pressed so hard, Shimon Peres wielded so much influence – and along came the interior minister and ruined everything.

There we were, on the brink of another historic upheaval (almost). Proximity talks with the Palestinians were in the air, peace was knocking on the door, the occupation was nearing its end – and then a Shas rogue, who knows nothing about timing and diplomacy, came and shuffled all the proximity and peace cards.

The scoundrel appeared in the midst of the smile- and hug-fest with the vice president of the United States and disrupted the celebration. Joe Biden’s white-toothed smiles froze abruptly, the great friendship was about to disintegrate, and even the dinner with the prime minister and his wife was almost canceled, along with the entire “peace process.” And all because of Yishai.

Well, the interior minister does deserve our modest thanks. The move was perfect. The timing, which everyone is complaining about, was brilliant. It was exactly the time to call a spade a spade. As always, we need Yishai (and occasionally Avigdor Lieberman) to expose our true face, without the mask and lies, and play the enfant terrible who shouts that the emperor has no clothes.

For the emperor indeed has no clothes. Thank you, Yishai, for exposing it. Thank you for ripping the disguise off the revelers in the great ongoing peace-process masquerade in which nobody means anything or believes in anything.