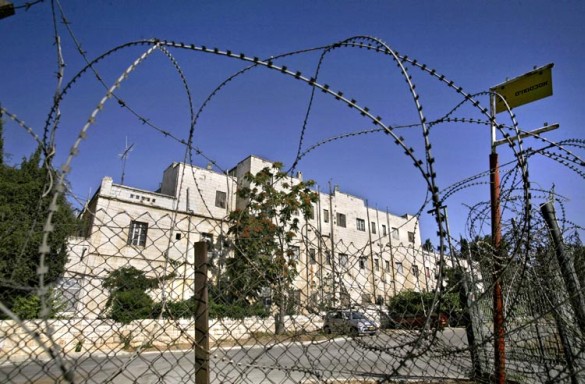 [Updated below.] For Israel to announce new settlement construction in Israeli-occupied East Jerusalem right when Joe Biden was visiting, was, Hillary Clinton said, “insulting” to the United States.

Now Benjamin Netanyahu is visiting Washington and what happens right before he goes to the White House to meet President Obama? Another announcement from Jerusalem, but this time it’s even more inflammatory than the last one:

The Jerusalem municipality has given final approval to a group of settlers construct 20 apartments in a controversial hotel in east Jerusalem, Haaretz learned on Tuesday.

The announcement comes as Prime Minister Benjamin Netanyahu was in Washington smoothing over ties with the United States over the latest settlement-related tensions, and hours before the premier was to meet with President Barack Obama in Washington. 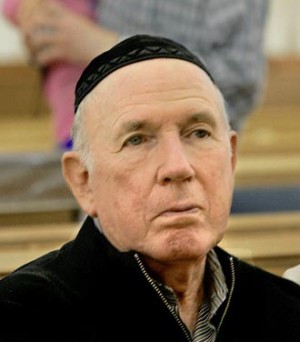 The Shepherd Hotel in the Sheikh Jarrah neighborhood was purchased by American Jewish tycoon Irving Moskowitz in 1985 for $1 million.

Moskowitz, an influential supporter of Ateret Cohanim and heightened Israeli settlement in East Jerusalem, plans to tear down the hotel and build housing units for Jewish Israelis in its place.

The local planning council initially approved the plan in July, a move which angered Britain and the United States and prompted them to call on Israel to cancel the plans. The council issued its final approval for the project last Thursday, which now enables the settlers to begin their construction at once.

An existing structure in the area will be town down to make room for the housing units, while the historic Shepherd Hotel will remain intact. A three-story parking structure and an access road will also be constructed on site.

Moskowitz is a supporter of Ateret Cohanim (“Crown of the Priests”), a religious movement that seeks to populate East Jerusalem with Jewish settlers. As the Yeshiva puts it: “The Yeshiva is the spiritual epicenter of a community of almost 1000 residents in the heart of the Old City in the so-called ‘Moslem’ Quarter. This area was in fact, prior to the Arab riots, largely inhabited by Jews. It is on this historical basis that we refer to it now as the Renewed Jewish Quarter.”

No word yet on reaction from the White House.

Hatem Abdel Kader, holder of the Jerusalem portfolio in Fatah, told Ynet that the decision was tantamount to “Netanyahu slapping Obama in the face in his own house.”

Abdel Kader added that “Netanyahu feels that AIPAC is on his side, that he owns the US and that no action, no pressure by the Americans can prevent him from going ahead with the construction.”

The Fatah official added that the construction’s approval proved that the reports of Washington’s acquiescence in the face of Israel’s plans to build in east Jerusalem were true.

“The new plans for the Shepherd Hotel prove that the dispute between the Administration and Israel was not real and pertained to the way the plans were presented, rather than to the construction itself. What the Americans are actually saying to the Israelis is ‘keep building – but I don’t want to know about it,'” he said.

Update: After Netanyahu and Obama’s closed-door White House meeting, Politico says: “any impression that Netanyahu’s trip would mark a renewal of the troubled relationship between U.S. and Israeli leaders had faded by the time the men met.” The meeting was “shrouded in unusual secrecy” and marked a transition in the administration’s dealings with the Israeli prime minister that has shifted from the “red hot anger” of last week to “an icier suspicion” yesterday, reflected in the fact that no official statements followed the awkward encounter.

Still, the fact is, Obama didn’t turn Netanyahu away. The news that the Shepherd Hotel development had been approved prompted this: “This is exactly what we expect Prime Minister Netanyahu to get control of,” a senior U.S. official told POLTICO Tuesday evening. “The current drip-drip-drip of projects in East Jerusalem impedes progress.”

The transition from the Bush administration to the current administration has been in which the last secretary of state said the Israelis were being “unhelpful” whereas they are now described as “insulting” — either way, the status quo remains the same: Israel can do what it pleases whatever words of displeasure it might provoke.

3 thoughts on “What’s worse than an insult?”