In an interview for Electronic Intifada, David Cronin spoke to Gideon Levy — a columnist for Haaretz who can reasonably be described as the conscience of Israeli journalism: 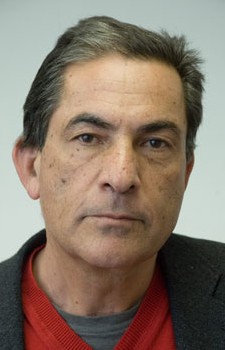 Gideon Levy: Zionism has many meanings. For sure, the common concept of Zionism includes the occupation, includes the perception that Jews have more rights in Palestine than anyone else, that the Jewish people are the chosen people, that there can’t be equality between Jews and Arabs, Jews and Palestinians. All those beliefs which are very basic in current Zionism, I can’t share them. In this sense, I can define myself as an anti-Zionist.

On the other hand, the belief about the Jewish people having the right to live in Palestine side by side with the Palestinians, doing anything possible to compensate the Palestinians for the terrible tragedy that they went through in 1948, this can also be called the Zionist belief. In this case, I share those views.

DC: If somebody was to call you a moderate Zionist would you have any objections?

GL: The moderate Zionists are like the Zionist left in Israel, which I can’t stand. Meretz and Peace Now, who are not ready, for example, to open the “1948 file” and to understand that until we solve this, nothing will be solved. Those are the moderate Zionists. In this case, I prefer the right-wingers.

DC: The right-wingers are more honest?

The intractability of the Israeli-Palestinian conflict is generally attributed to what seem to be irreconcilable desires from each side, yet a much more fundamental problem seems to me to be a lack of honesty not only on the part of successive Israeli governments and the defenders of those governments but among a large swath of Israel’s liberal American critics.

Criticism can only go so far until it reaches an unstated limit at which point the constraining factor appears to less to do with the issues than it does with the individual’s fear of alienation. If I question the idea of “Jewish democracy” (or any other untouchable presupposition), do I run the risk of being ostracized by my community? Might I be marginalized in foreign policy circles? Could I jeopardize my career opportunities? Will I ruin my chances of getting tenure?

When fears define the parameters of discourse, it has no grounding in truth. More power is yielded to what is left unstated than is invested in what is said.

Where there is honesty, there can be compromises, but without honesty there is no foundation for peace or even negotiation. Honesty must come first.