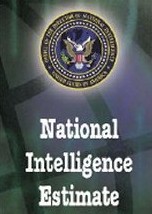 The brutality with which the Iranian authorities have suppressed political dissent since last June’s disputed presidential election has been widely reported. The Washington Post now reveals that the political turmoil has had another effect: it has resulted in a new supply of intelligence as disaffected officials leak information about Iran’s nuclear program.

As a result, a National Intelligence Estimate being prepared for President Obama which was due out last fall is not expected to be completed until August.

The revisions to the NIE underscore the pressure on the U.S. intelligence community to produce an accurate assessment of Iran’s nuclear ambitions as President Obama pursues a policy aimed at preventing the country from acquiring an atomic bomb. The community’s 2007 assessment presented the startling conclusion that Iran had halted its work on developing a nuclear warhead, provoking enduring criticism that the report had underestimated the Iranian threat.

Officials briefed on the new version, which is technically being called a “memo to holders” of the first, say it will take a harder tone. One official who has seen a draft said that the study asserts that Iran is making steady progress toward nuclear weapons capability but that it stops short of concluding that the Islamic republic’s top leaders have decided to build and test a nuclear device.

There is little question that Iran sees strategic value in making its nuclear intentions hard to decipher, but let’s for the sake of argument assume that its goal is to put itself in the same position as Japan: not to assemble a nuclear arsenal but to have the means to do so at short notice. Could such a capability pose an existential threat to Israel (or anyone else)?

Israeli leaders have already made it clear that they draw no distinction between a nuclear armed Iran and an Iran that has nuclear weapons capability, yet this may say less about the nature of an Iranian threat than it does about the nature of Zionism. Deprive Israel of its existential threats, and the necessity for a Jewish state becomes less imperative. Take away the fear of annihilation and Jewish identity will lose one of its most unifying attributes.

Israel might fear its enemies, yet can it survive without them?