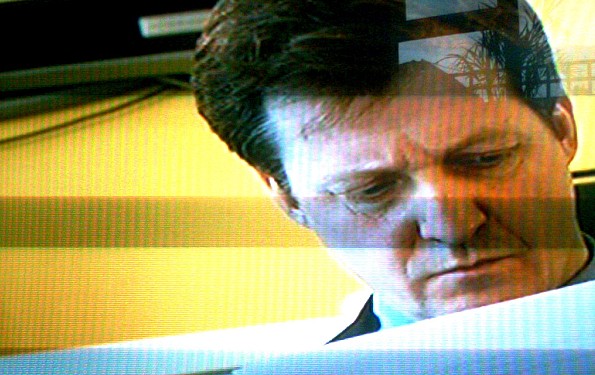 A few hours before Gordon Brown resigned as Britain’s prime minister, Alastair Campbell, Tony Blair’s former communications director said: “I think the reason why I’ve got involved in the election campaign is because I really think it would be terrible for Britain if David Cameron was prime minister and there was a Tory government, but if that is what happens we’ll just have to accept that. I hope that can be prevented.”

Anyone who lived in Britain through the Thatcher era has good reason to view the return of a Tory government as potentially terrible, but there is one prospect that would be even worse: the continued influence of people like Alastair Campbell.

The final effort of the master of spin to thwart the return to power of the Conservatives was to conjure the prospect of a “progressive alliance” — even when the numbers didn’t quite add up — but as soon as it became clear that that wasn’t going to happen, Campbell rushed to announce the imminent publication of his tell-all diaries. His loss of political influence does no doubt open up fertile new commercial opportunities.

But as for the arrival of a much-dreaded Tory government, the fact that it will instead be a “Liberal Democrat-Conservative coalition” — it was the new Conservative prime minister David Cameron who put his partners first — should not, as Jonathan Freedland points out, be seen as a construction of mere political expedience.

Since taking over in 2005, the Tory leader has tried to recast his party as one with which liberal Britons could feel comfortable – modern, tolerant, environmentally aware. That has been an uphill struggle, as the failure to “seal the deal” in last week’s election confirms. Yet at a stroke, Cameron has rammed his point home. How, runs the logic, could anyone dispute the liberal credentials of the new prime minister now? His government is packed full of Liberals. Cameron had always tried to rebrand himself as a liberal Conservative. Today he could speak of his “liberal Conservative government” – and the phrase was no longer empty.

Indeed, Britain’s first coalition government since the Second World War opens up a possibility that should be watched with keen attention by observers who might otherwise have no particular interest in British politics. The era where image-makers such as Campbell turned policymaking into an utterly unprincipled message-shaping process, may finally be drawing to a close as the communications apparatus of a single party will no longer hold sway. David Cameron will not have the luxury of merely needing to sell his message to a friendly media but will have to persuade Liberal-Democrat partners much less willing to swallow the Conservative spin.

The political mechanics of consensus and compromise will be hard enough to manage without the additional strain of attempting to balance the competing demands of two communications teams. For that reason, there is a chance that the spin doctors will be sidelined or their influence at least diminished if they further complicate an already complex process.

Beyond Britain’s slavish allegiance to Washington during the Blair years, nothing represented the Labour government’s abandonment of principle more clearly over the last decade than the relentless erosion of civil liberties in the name of security. There is now the prospect that this trend will be reversed.

Those of us who are concerned about the erosion of civil liberties under the Labour government, and the assault on human rights as part of the “War on Terror,” will be watching the government closely. On ID cards, both parties pledged to scrap Labour’s much-criticized scheme, and wasted no time in announcing today that the scheme would indeed be scrapped. To follow, apparently, are plans to scrap the next generation of biometric passports, to review the libel laws in England and Wales “to protect freedom of speech,” and to regulate the use of CCTV cameras, in particular as used by local authorities. As Channel 4 News’ Home correspondent Andy Davies explained today, “There will almost certainly be a reduction in the capacity for the DNA database to store samples taken from people arrested but not convicted. The national child database in England (‘Contactpoint’) is likely to be abandoned.”

As Andy Davies also explained, civil liberties is “one area where the coalition parties have a struck a similar tone in recent years … In their manifestos, the Lib Dems complain[ed] that the UK has become a ‘surveillance state,’ the Tories bemoan[ed] a ‘database state.’ Both have made significant pledges to roll back what they describe as intrusive, authoritarian executive powers introduced under Labour.”

How this seemingly happy cooperation will translate to questions of terrorism and human rights remains to be seen. Andy Davies noted that “the controversial control order regime could be one of the first Labour counter-terror initiatives to disappear under the new National Security Council.” He added that “the Tories call the orders ‘inherently objectionable’ and want a review” and “the Lib Dems have said they’ll cancel the whole project.”

And if anyone is in any doubt about just how badly eroded civil liberties in Britain have become, watch David Hoffman, a photojournalist who lives in east London, describe how he got handcuffed by police officers who forced their way into his own home on election day after he displayed a mildly offensive political poster in his living room window.