A Jewish European peace group is to launch a boat to break the blockade of Gaza in the coming months, organizers said, almost a week after nine activists were killed making the same trip.

European Jews for a Just Peace (EJJP) – an umbrella organization of Jewish groups from 10 European countries against the occupation of Palestine – aim to deliver humanitarian aid such as school books and medicines to the Gaza Strip, and to draw attention to the blockade which they call “immoral.”

“We want to show that not all Jews support Israel,” said Edith Lutz, a German member of the EJJP. “We are calling for a just solution and for an end to the blockade.”

On board the ships will be activists from across Europe including Germany and the UK, as well as an 85-year-old Holocaust survivor from Israel. The voyage was originally meant to carry only a small number of activists together with journalists from Europe and Israel, but organizers say that a huge response from the Jewish community has meant that a second boat has been arranged, and the possibility of a third is being discussed. 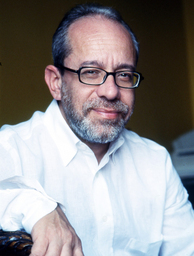 Mario Levi, a member of the Turkish Jewish community, who spoke on June 2 about the bloody Israeli attack on a humanitarian aid flotilla, said they, “as the Jews of İstanbul, are in solidarity with Gazans,” adding that “[Recep Tayyip] Erdoğan gave an excellent statement. It must be acknowledged that his party has done better things compared to the social democrats and nationalists. I do not see anti-Semitic sentiments in Turkey. I am sympathetic to Israel, but I still regard Israeli Prime Minister [Benjamin] Netanyahu as a chauvinist, the country’s foreign minister as fascist and its defense minister as stupid.”