For almost six months, at least 32 Mossad agents wanted in connection with the murder of the Hamas commander, Mahmoud Mabhouh, have managed to avoid arrest. Now that Uri Brodsky (or whatever his real name might be) has been caught, the Israeli government is going to be forced to break its silence on the case. For the Israelis, still struggling to deal with the political fallout from the Mavi Marmara massacre, the timing could not be worse. 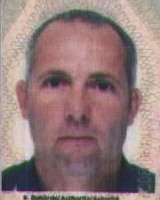 Polish police have arrested a suspected Mossad agent sought by German authorities on suspicion of helping prepare for the assassination of Mahmoud al Mabhouh, a senior Hamas figure, in a Dubai hotel in January.

The Federal Prosecutor’s Office in Germany said the man was detained by Polish police on suspicion of illegally obtaining a German passport for one of the members of the hit squad.

Authorities in Poland were reviewing a request to extradite him to Germany, the office said.

“A person was arrested in Poland based on a European arrest warrant issued by Germany, and his extradition has been requested,” a spokesman for the prosecutor’s office said. “The matter is now in the hands of the Polish authorities.”

The Dubai Police chief, Lt Gen Dahi Khalfan Tamim, said last night that his department had been informed of the arrest. He could not be reached for further comment.

The German spokesman said the arrest was linked to the German investigation into the illegal obtaining of a passport in the name of Michael Bodenheimer, which was allegedly used by one of the assassins.

“There is a suspicion that he was involved in intelligence activity and that the procurement of the passport was linked to that,” the spokesman said, adding that the arrest took place at the Frederic Chopin International Airport in Warsaw early this month.

In the early summer of 2009, a man named Michael Bodenheimer went to the local residents’ registration office in Cologne, where he applied for a new passport and a new identification card. He claimed that he was a German citizen, unmarried, who had been born in Israel. He invoked Article 116 of the Germany constitution, which permits individuals persecuted by the Nazi regime, as well as family members who were expatriated, to regain German citizenship. He presented the Cologne authorities with the supposed marriage certificate of his parents and an Israeli passport, issued in Tel Aviv in November 2008.

Bodenheimer provided the authorities with an address in Cologne’s Eigelstein district. However his name is not listed on the mailbox at the address, a modest beige-colored apartment building. The building is in an area near the train station and has a high turnover of tenants — the perfect place for someone who doesn’t want to be noticed.

Bodenheimer claimed that his Israeli residence was in Herzliya, a city north of Tel Aviv. But the trail ends there, in the city’s business district. Although Michael Bodenheimer is listed as the name of a company in the lobby of a modern, four-story office building, a security guard says that the company moved out half a year ago. As coincidence would have it, the Mossad headquarters is only one kilometer away.

Bodenheimer received his German papers on June 18, and it seems very likely that the assassination was completed with the help of an official German government document. Bodenheimer was apparently in charge of communications for the hit team. The Cologne public prosecutor’s office launched an investigation on Friday into alleged document falsification. Federal prosecutors are considering initiating an investigation into possible activities by intelligence agents. Because of such investigations, the affair could expand into a serious strain on German-Israeli relations.