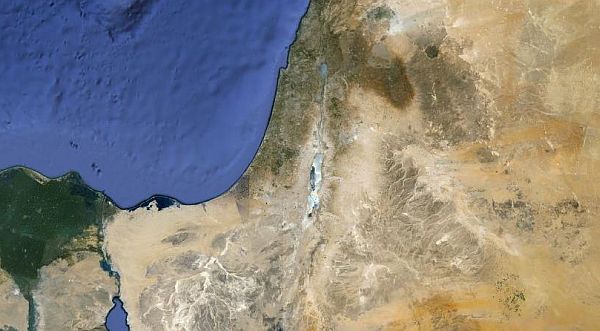 Michael Oren, Israel’s ambassador to the United States, is calling for an end to Israel’s invisibility.

Whatever Israel suffers from, invisibility is not among its problems. A country like Lesotho might wish for greater visibility, but Israel already claims a share of the world’s attention that vastly outsizes its importance.

Oren’s appeal for attention however, is not directed at the world — the pining for acceptance that he articulates is that the Palestinians should recognize Israel as a Jewish state. Isn’t it strange that Israelis could prize the opinions of Palestinians so highly while treating their lives so harshly? (Yes, I’m being sarcastic.)

Affirmation of Israel’s Jewishness… is the very foundation of peace, its DNA. Just as Israel recognizes the existence of a Palestinian people with an inalienable right to self-determination in its homeland, so, too, must the Palestinians accede to the Jewish people’s 3,000-year connection to our homeland and our right to sovereignty there. This mutual acceptance is essential if both peoples are to live side by side in two states in genuine and lasting peace.

As the saying goes, possession is nine-tenths of the law, so Oren’s claim that Israel already accords the same level of recognition to Palestinians that it now demands from them, doesn’t mean much. The Palestinian homeland (which he posits not as their homeland but its homeland), is clear in only one respect: it is located some place else than “our” homeland. And this of course denies any conventional notion of a homeland which would likely include the place ones grandparents or great grandparents lived — the place where ones ancestral roots trace back centuries.

Oren cherry-picks part of the Balfour Declaration noting that it “called for the creation of ‘a national home for the Jewish people’ in the land then known as Palestine,” but neglecting that part of the very same sentence which says “it being clearly understood that nothing shall be done which may prejudice the civil and religious rights of existing non-Jewish communities in Palestine.” Had a national home for the Jewish people actually been established on those terms, it’s hard to see how it could have been established as a Jewish state. Certainly three quarters of a million Palestinians could not have been driven out of the homes and off their land.

What’s Oren and the Israeli government’s agenda here? Having fully grasped the fact that they now have a desperate sucker in the White House batting for them, they’re going for gold: push the Palestinians to relinquish their right of return in exchange for a momentary continuation in the slight slowdown of colonial expansion in the West Bank. What a deal! Except of course they know full well that even Mahmoud Abbas is not going to make a concession like this, so, as has happened so many times before, Israel makes an impossible demand so that once it is refused the Palestinians can be portrayed as intransigent.

It’s a game that Israel will continue to play for as long as it believes that it has more to lose than it has to gain from a peace agreement.