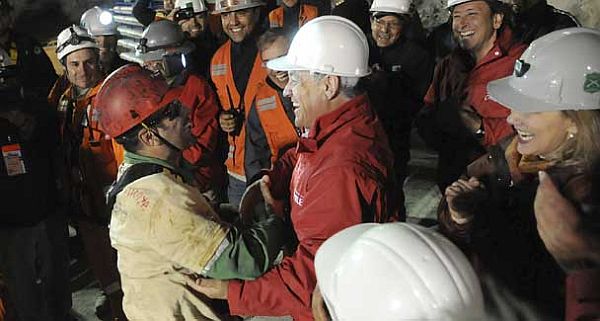 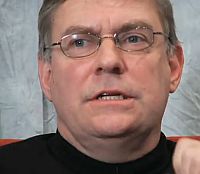 The resurrection of Chile’s lost miners is a testament to the power of belonging and meaning in human life.

We humans live singularly evanescent lives. Our consciousness is like to the Moth: Done in the flicker of candlelight on a summer night. Gone in an instant.

Yet we live on because eternal hope lives in our collective self. We draw meaning from the river of humanity. Only in this way can we take comfort from the desperate enterprise of life — because our life is eternally shared. Because we belong to a river of life that must go on, our single summer night has meaning. In the end it is all right — because we go on together.

We know this is true. We know this is our prime directive because the shadows of our forgotten ancestors are still there to remind us. They proclaim the river of us in the cave paintings of Lascaux and at the seat of celebration that was Stonehenge.

We all have the same deep-wired drive to make our lives make sense joining ourselves to the river of sacred identity.

My work focuses on how “civilization” — complex post-Neolithic groups of societies — created a celebratory ritual we call war. In history war has always served to create identity, to celebrate identity, and to help identity migrate and transform. War is perhaps our most special human vehicle for framing and reframing consciousness, and for helping consciousness to change.

Like it or not we in the West still inhabit a world where the nation is sacred. Our world, tarnished as it is, is still a realm ruled by religious nationalism. We are the reluctant inheritors of a tradition that once corralled hundreds of thousands of young men into a place so that they might selflessly clamber out of trench lines to certain death. We framed and wove for them the most perversely grand human sacrifice in all of humanity’s religious experience: All for the sake of our nations’ transcendence. All for us.

The West blindly drove through two world wars before it could truly see how self-destructive and primitive was its terrible blood ritual. War can celebrate identity and it can also kill it. But thankfully war is not our only ritual of identity.

Chile tells us that. The nation in modernity no longer needs battle to clear our pathways for collective meaning and national transcendence. In fact it never did. Blame Napoleon. His answer to the dispiriting bloodbath of Robespierre revolution was the gloriously bloodbath of battle where the whole nation might transcend.

But Napoleon’s vision brought European civilization to its knees — to its very last gasp — by 1945.

Latin America, Western twin of European Modernity in the early 19th century, never fully embraced Napoleon’s victory-or-death vision. Sure there were skirmishes and scraps like the “War of the Pacific” between Chile and Peru, and of course the notorious Chaco War, but in retrospect these seem like outlier flare-ups compared to European civilization’s drive to self-immolation. Latin America still enshrines the passion of religious nationalism — but without its death-march wars.

So uniting a nation in the rescue of its lost miners makes perfect sense.

Look at the awful contrast. In the wars of religious nationalism the nation would be renewed by the sacrifice of its most precious children on the field of battle. It was an unimaginable blood-sacrifice — a collective ritual that demanded the most horrifying sacrifices for the nation to transcend.

If the sacrifice of millions to shrapnel and machine guns in the world wars was for nothing, it was always, always lovingly conveyed and compared to a barely-disguised imagery of Jesus on the Cross.

Like him they died for us. Our own, our beautiful boys died so we might live and ascend as a nation.

But consider the Chilean alternative in the same sacral Christian-national context.

Jesus also came back from the dead out of a tomb in stone. Buried, the miners have come back to Chile — to the body of the nation — from a Stygian sarcophagus. Moreover the lingering and overhanging evil that may have placed them there — Latin America’s daunting legacy of racism and iniquity and latifundial-corporate evil — was instantly expunged by a Presidential commitment to Chile’s buried own.

Ancient legacies can be cast off. The nation can find celebration and renewal without war — and create that sacred moment when the people are one and whole again. The President — with his badge of office signifying the body of the nation — ritually embraces each miner as he emerges into the light of resurrection: Reclaiming them to the body of the nation.

The miracle that ties Chileans to the deep currents of their river is not in blood-sacrifice but rather the promise of a nation transcendent in new life.

*Michael Vlahos is Professor of Strategy at the United States Naval War College. This article first appeared at Huffington Post and is republished here with the author’s permission.