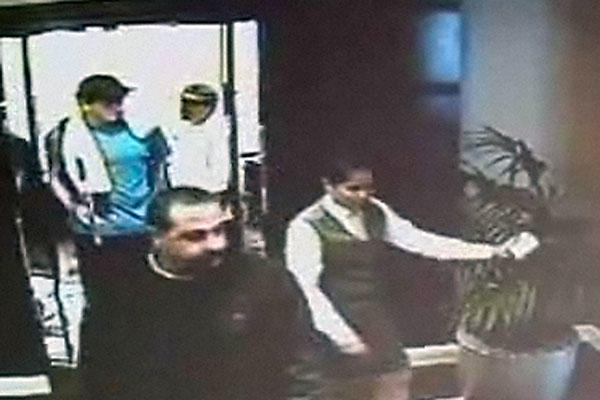 Dubai Police Chief Tuesday confirmed the arrest in Canada of a suspect, believed to be involved in the assassination of Hamas commander Mahmoud Al Mabhouh last January.

Speaking to reporters, Lieutenant General Dahi Khalfan Tamim said Canadian authorities have arrested another suspect who is connected to the murder of Al Mabhouh that took place in a Dubai Hotel on January 19.

Lt Gen Dahi refused to give further details, but according to Al Ittihad Arabic daily, the suspect was one two people caught by the hotel’s CCTV cameras wearing tennis gears as they staked out Al Mabhouh’s room in the Bustan Rotana Hotel.

Update: Richard Silverstein reports: “Israel’s Channel 10 has revealed that the alias of the arrested Mossad agent is Eric Rassineux. His passport is displayed here. It is the first Israeli source also to confirm that Canada is holding him.”