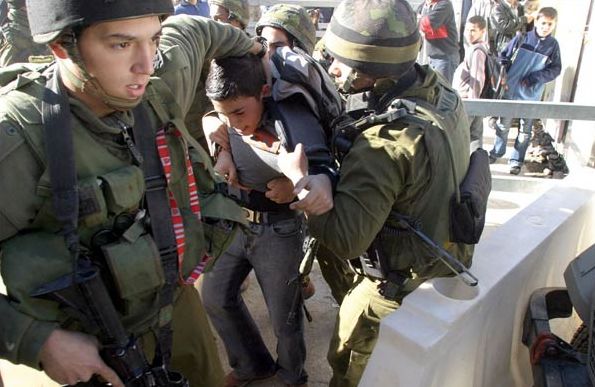 Distilling some of his findings from extensive research conducted at the University of Chicago’s Project on Security and Terrorism, Robert Pape writes:

For nearly a decade, Americans have been waging a long war against terrorism without much serious public debate about what is truly motivating terrorists to kill them. In the immediate aftermath of the 9/11 attacks, this was perfectly explicable — the need to destroy al Qaeda’s camps in Afghanistan was too urgent to await sober analyses of root causes.

But, the absence of public debate did not stop the great need to know or, perhaps better to say, to “understand” the events of that terrible day. In the years before 9/11, few Americans gave much thought to what drives terrorism — a subject long relegated to the fringes of the media, government, and universities. And few were willing to wait for new studies, the collection of facts, and the dispassionate assessment of alternative causes. Terrorism produces fear and anger, and these emotions are not patient.

A simple narrative was readily available, and a powerful conventional wisdom began to exert its grip. Because the 9/11 hijackers were all Muslims, it was easy to presume that Islamic fundamentalism was the central motivating force driving the 19 hijackers to kill themselves in order to kill Americans. Within weeks after the 9/11 attacks, surveys of American attitudes show that this presumption was fast congealing into a hard reality in the public mind. Americans immediately wondered, “Why do they hate us?” and almost as immediately came to the conclusion that it was because of “who we are, not what we do.” As President George W. Bush said in his first address to Congress after the 9/11 attacks: “They hate our freedoms: our freedom of religion, our freedom of speech, our freedom to vote and assemble and disagree with each other.”

Thus was unleashed the “war on terror.”

The narrative of Islamic fundamentalism did more than explain why America was attacked and encourage war against Iraq. It also pointed toward a simple, grand solution. If Islamic fundamentalism was driving the threat and if its roots grew from the culture of the Arab world, then America had a clear mission: To transform Arab societies — with Western political institutions and social norms as the ultimate antidote to the virus of Islamic extremism.

This narrative had a powerful effect on support for the invasion of Iraq. Opinion polls show that for years before the invasion, more than 90 percent of the U.S. public believed that Saddam Hussein was harboring weapons of mass destruction (WMD). But this belief alone was not enough to push significant numbers to support war.

What really changed after 9/11 was the fear that anti-American Muslims desperately wanted to kill Americans and so any risk that such extremists would get weapons of mass destruction suddenly seemed too great. Although few Americans feared Islam before 9/11, by the spring of 2003, a near majority — 49 percent — strongly perceived that half or more of the world’s 1.4 billion Muslims were deeply anti-American, and a similar fraction also believed that Islam itself promoted violence.

The narrative — “it’s not what we do but who we are” — that Americans swallowed after 9/11, came ready-made. It is the narrative that provides the bedrock of Zionism by characterizing opposition to Israel’s creation and expansion as being an expression of anti-Semitism rather than a reaction to colonialism and dispossession.

In both Zionism and the war on terrorism, the refusal to deal with political injustice expresses itself through an ideological fixation on security and military solutions.

As Ariel Sharon focused on “dismantling the terrorist infrastructure” in Gaza and the West Bank, George Bush pursued a parallel course across the whole region. Americans and Israelis united in the belief that they were all innocent targets of the same implacable enemy: Islamic extremism.

Our war on terrorism was simply an extension of Israel’s war on terrorism — simply on a much larger scale. Naturally, we would borrow most of Israel’s techniques for tackling “the terrorists” — targeted killing, torture, extrajudicial detention, remote warfare and so forth.

And the underlying imperative was identical: that our righteous victimhood could not be questioned, our innocence was unassailable. Indeed it was our virtue that made us targets for attack.

If we were successful in dismantling the terrorist infrastructure or draining the swamp in which evil festered, we would save the world. We would engage in war without choice, knowing that we did so in the name of peace.

No wonder that on September 11, Benjamin Netanyahu was unable to contain his satisfaction about the way the attacks would help solidify the bond between Americans and Israelis. “It’s very good,” he said and then, quickly realizing his candor might not be well-received, added: “Well, not very good, but it will generate immediate sympathy.” The attack would “strengthen the bond between our two peoples, because we’ve experienced terror over so many decades, but the United States has now experienced a massive hemorrhaging of terror.”

Lies breed unconsciousness because they deprive intelligence of the invigorating effect of experience, thus, as we near the end of a decade of a war on terrorism we now inquire even less as shock has been given way to indifference.