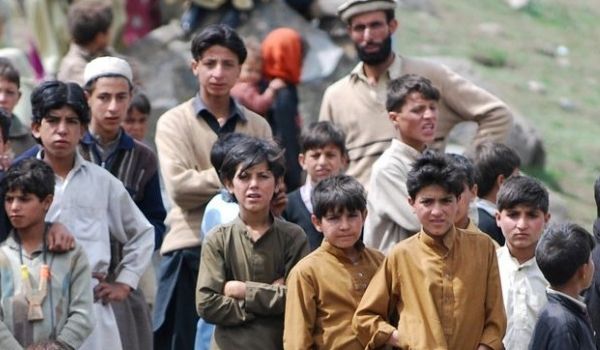 FB Ali at Sic Semper Tyrannis drew my attention to a blog post that appeared in Pakistan’s Express Tribune. It was written by a US Army helicopter pilot, John Bockmann, who was recently deployed to help in relief work, following this summer’s devastating flooding.

US humanitarian aid — especially when provided to a country like Pakistan — often looks like nothing more than a cynical attempt to pacify resentment provoked by the Pentagon’s primary mission: attacking its adversaries. For that reason, American soldiers have good reason to wonder how they will be received when their mission is peaceful.

The days since arriving have passed quickly. Every day we take rice, flour, blankets, housing materials, cooking oil – anything – up and down the Swat and Indus River Valleys. We also bring sick, injured, and displaced people to hospitals and hometowns.

My first mission took us up the Indus river valley, and I embarrassed myself by constantly exclaiming its beauty. Below me was the Karakorum Highway – the old Silk Road into China – and the valley itself, with terraced farmland overshadowed by majestic, snow-capped mountains. 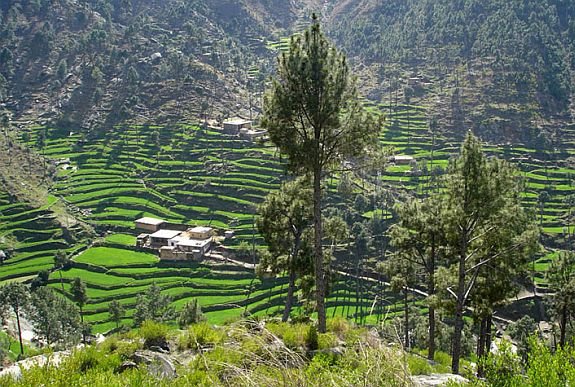 Along with the beauty, though, I see reminders of the flood, bridges that are broken or missing and roads and fields that have been washed away. I am beginning to see widespread reconstruction now as well and feel hope for the people in these villages. They will soon have another way to get help.

I realize that some who read this will question our intentions and some may even wish us ill. I certainly did not imagine that cheering throngs would greet us at each village though — we are always welcomed. I did not expect our goodwill to be taken at face value by all of Pakistan, but we have received immense support.

I have learned in my time here that Pakistani people are truly gracious. Strangers have invited me for chai and conversation. Almost anyone will shake my hand and ask my name, inquire about my health and how I am getting along. Instead of a handshake at our first meeting, I have sometimes been embraced. “Strangers shake hands,” my new friend Mahmood explained, “but brothers hug each other.”

This warms my heart. My mission, our mission, is straightforward, noble, and good. I am deeply grateful to those who support us here, for we need all the help we can get in order to help those in need. I am honored to do this work. I feel at home here beyond anything I could have expected.

So is this just the sentimental perspective of an American soldier who believes, almost as a matter of religious conviction, that America is a force of good in the world? The dozens of comments that follow his post suggest otherwise. Admittedly they come mostly from Pakistan’s English-speaking educated liberal elite, but they lead this helicopter pilot to this conclusion:

I know the hearts of many Pakistanis now, but I am still surprised by their outpouring of warmth–especially in such hard times. I read all of the comments — the stories, the blessings, the frustrations — and I am increasingly convinced that international relations are effected more by common people like you and me than by politicians who may never get a chance to have tea and real conversation with “the other side”. I am so privileged to be so well loved while I am so far from home. God’s blessings on Pakistan and her people.

His mother, Maggie Bockmann, adds her own thoughts which reveal that she does not have a sugar-coated view of America’s impact on Pakistan:

I scarcely comprehend where this delightful soul named John might have come from. As Gibran said,
“Your children are not your children.
They are the sons and daughters of Life’s longing for itself.
They come through you but not from you,
And though they are with you, yet they belong not to you.
You may give them your love but not your thoughts.
For they have their own thoughts.
You may house their bodies but not their souls,
For their souls dwell in the house of tomorrow, which you cannot visit, not even in your dreams.”
I trust John will not mind my telling you that in the early days of our family, we had a particularly heartbreaking religious fracture between his dad and myself. But now, by the grace of God, we are strong in all the weak places.
Thus shall it be between Christians and Muslims, your country and mine: despite the heartbreaking fractures, we shall become strong in all the weak places, and no government policies, no misguided violent people shall prevent it, because God wills it, whether we call him Allah or Jehovah, and we will it, with all our hearts. We shall support each other while respecting our differences.
And though I understand from this newspaper that some of your countrymen support the U.S. drone attacks, and I’m sure they have compelling reasons, which I shall not judge, I want you to know that I am willing to suffer whatever I must suffer to stand with the Pakistani people against such heartbreaking attacks, for no Pakistani child is worth one whit less that any American child, and mothers are the same around the world, as Wajih said.
As Kathy Kelly so poignantly says in this video, no Pakistani children should be quaking in their beds at night for fear of what devastation my countrymen may visit on them from the sky.
CIA Drone Protest, Kathy Kelly – 1/16/2010

For those who disagree, please forgive me, for I do not mean to be contentious. I am but a mother with a mother’s heart. That is my weakness and that is my power.

Civilian Harm and Conflict in Northwest Pakistan, a new report by CIVIC, the Campaign for Innocent Victims in Conflicts, reveals that while the local populations in the areas being targeted by drone attacks do not, by and large, question their accuracy, they object to the fact that the losses caused to innocent bystanders are being ignored. 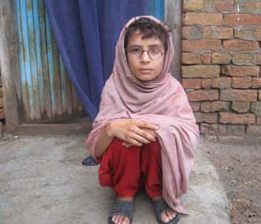 Nadia, 10 years-old, was at school when her house was hit by a drone, killing her father and mother: “My relatives rushed to the spot and tried to recover the dead bodies trapped under the debris but we couldn’t identify them as they were completely burned.” Nadia is an only child and has moved in with her aunt in a nearby town.

She says she has “no source of income with my parents gone… my aunt looks after me now and I help her in the house…but I want admission into school. I want an education. Please ask the government to provide me with a monthly stipend so I can get an education.” The lack of US transparency about the drone program as well as the Pakistani government’s duplicity — public criticism while offering clandestine support — means civilians’ losses are entirely ignored. Civilian victims interviewed by CIVIC demanded an end to the drone strikes and compensation for their losses.

Without exception, drone strike victims interviewed by CIVIC were left to pick up the pieces on their own, denied even the recognition and acknowledgement of their loss by the Pakistani and US governments. Neither the US, FATA Secretariat or the Pakistani Federal Government have any standard, public procedures for investigating civilian losses from drone strikes, acknowledging or recognizing losses, or providing help for victims to recover.

The common denominator here is that human beings, whether they live in North Waziristan, the Swat Valley, Gaza, New Orleans, or Washington DC, all want the same thing: respect.

This is the basis of human relations and human society, that right down on the level at which one person engages with another, the foundation of their transactions needs to be the recognition: your life is worth just as much as mine. As war tramples on this recognition, all other forms of destruction then become possible.