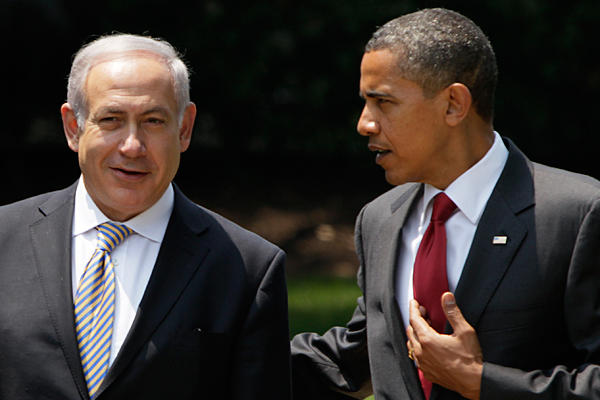 A legendary story from our early history has it that Thomas Jefferson so hated John Jay that he ordered Pierre L’Enfant — the civil engineer who designed our capital city — to excise any reference to Jay (including “J Street”) from his plans. The story is apocryphal, but the history behind it isn’t. For Jefferson, Jay was an arch appeaser: his 1795 treaty with Britain provided concessions to a nation we had defeated in our revolution. Jefferson wasn’t the only one who hated the treaty. While Jay’s agreement was ratified by the Congress, he was burned in effigy by New York and Philadelphia mobs and the treaty so stained his reputation that he was never considered for the presidency. Jefferson didn’t make the same mistake. When the Pasha of Barbary demanded ransom for U.S. ships he had seized, Jefferson sent a U.S. naval squadron to punish him. The resulting victory is now celebrated with a half-verse in the Marine Corps hymn (which celebrates the triumph on “the shores of Tripoli”) and a knock-out political slogan that energized a nation: “Millions for defense, but not one cent for tribute.”

If only Jefferson could see us now. This weekend, the Obama administration promised to turn over $3 billion in stealth fighters to Israel (supplementing the 20 F-35s it will buy with the $2.75 billion in “grants” it gets from Washington) and veto any U.N. resolution that questions Israel’s legitimacy — all in exchange for Israel’s pledge to extend a ten-month partial settlement moratorium for another 90 days. This is a bad idea. And it’s dangerous. There are differences, of course, between the events of the last 24 hours and the crisis that Jefferson faced in 1804. Then, we protested that we were “paying tribute,” now we are “providing incentives.” Then too, Israel is not making any “demands,” they are simply (in Israeli Prime Minister Netanyahu’s words) “insisting.” Oh — and let’s not forget — the pirates of Barbary were America’s “enemy.” That’s a lot different than now; Israel is our “friend.”

This administration’s decision would be shocking were it not so predictable. Back on October 20, State Department spokesman Andrew Shapiro reassured the press that a $60 billion U.S. arms transfer to Saudi Arabia would go forward because “Israel does not object…” Shapiro’s statement passed with nary an eye blink in L’Enfant’s city, where Israel’s approval is apparently required for America to do anything in the Middle East. But Shapiro’s tone-deafness is hardly limited to dime-a-dozen spokespersons. In the wake of General Petreaus’ controversial March testimony that the Israeli-Palestinian conflict “foments anti-American sentiment” (stop the presses), Hillary Clinton went out of her way to reassure Israelis that “we are committed to Israel’s security,” a soothing word-for-word mantra repeated by Barack Obama (July 6), Joe Biden (November 7) and any old American official behind a microphone (P.J. Crowley, August 4). The administration doesn’t get it: the question is not whether we are committed to Israel’s security, but whether they’re committed to ours.

The tone-deafness evidenced by Andrew Shapiro is now an all-consuming part of public policy, extending to every part of the American government — and beyond. When Elena Kagan testified during her confirmation hearings for the Supreme Court, she cited Israel jurist Aharon Barak as her model, because he was the “John Marshall of the State of Israel.” Kagan might well be a brilliant justice, but I would have thought she would cite Marshall as her model. Reminded that Barak was a judicial activist (and therefore not necessarily acceptable for some committee members), Kagan gave a ready explanation: “Israel means a lot to me,” she explained. Enough said. When David Petreaus was criticized by Israel advocates for his March testimony, he backtracked, asking neo-conservative Max Boot (in an email he carelessly sent to a blogger) whether it would help “if folks know that I hosted Elie Wiesel and his wife at our quarters last Sun night?” Petreaus is our nation’s most influential military officer since Eisenhower. Guess what? He’s afraid of Israel’s lobby. And when Angela Merkel addressed the U.S. Congress in November of 2009, she didn’t talk about American security, but Israeli security. “Security for the state of Israel is, for me, non-negotiable,” she said. “Whoever threatens Israel also threatens us.” Even senior aides to the otherwise pro-Israel Congress were puzzled. “Maybe she thought she was talking to the Knesset,” one of them said. Finally, Republican Eric Cantor recently told Israeli Prime Minister Benjamin Netanyahu that the new Republican majority would serve as “a check on the administration” in any dispute with Israel — a statement so astonishing that one pro-Israel journalist viewed it as not only unprecedented, but “extraordinary.”

6 thoughts on “Washington’s shameless and slavish devotion to Israel”