Chris McGreal, who is covering the war in Libya for The Guardian and who as the paper’s South Africa correspondent witnessed the end of the apartheid era, says: “Few revolutions have been more inspiring. After years of reporting uprisings and conflicts driven by ideology, factional interests or warlords soaked in blood — from El Salvador to Somalia, Congo and Liberia – Libya’s uprising seems to me more akin to South Africa’s liberation from apartheid.”

The Middle East. A man with a car fashioned into a bomb. He disguises his intent by joining a funeral cortege passing the chosen target. At the last minute the man swings the vehicle away, puts his foot down and detonates the propane canisters packed into the car.

It all sounds horrifyingly familiar. Mahdi Ziu was a suicide bomber in a region too often defined by people blowing up themselves and others. But, as with so much in Libya, the manner of Ziu’s death defies the assumptions made about the uprisings in the Arab world by twitchy American politicians and generals who see Islamic extremism and al-Qaeda lurking in the shadows. Ziu’s attack was an act of pure selflessness, not terror, and it may have saved Libya’s revolution.

In the first days of the popular uprising he crashed his car into the gates of the Katiba, a much-feared military barracks in Benghazi, where Muammar Gaddafi’s forces were making a last stand in a hostile city. At that time the revolutionaries had few weapons, mostly stones and “fish bombs” — TNT explosive with a fuse that is more usually dropped in the sea off Benghazi to catch fish. The soldiers had heavy machine guns and the revolutionaries, often daring young men letting loose their anger at the regime for the first time, were dying in their dozens as they tried to storm the Katiba.

Then Ziu arrived, blew the main gates off the barracks and sent the soldiers scurrying to seek shelter inside. Within hours the Katiba had fallen. 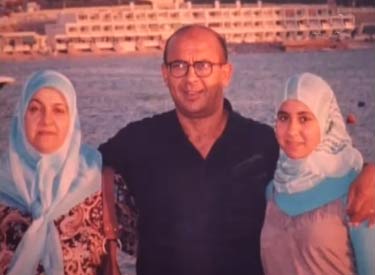 Ziu was not classic suicide-bomber material. He was a podgy, balding 48-year-old executive with the state oil company, married with daughters at home. There was no martyrdom video of the kind favoured by Hamas. He did not even tell his family his plan, although they had seen a change in him over the three days since the revolution began.

“He said everyone should fight for the revolution: ‘We need Jihad,'” says Ziu’s 20-year-old daughter, Zuhur, clearly torn between pride at her father’s martyrdom and his loss. “He wasn’t an extreme man. He didn’t like politics. But he was ready to do something. We didn’t know it would be that.”

Ziu may have been unusual as a suicide bomber, but he was representative of a revolution driven by dentists and accountants, lorry drivers and academics, the better off and the very poor, the devout and secular. Men such as Abdullah Fasi, an engineering student who had just graduated and was in a hurry to get out of a country he regarded as devoid of all hope until he found himself outside the Katiba stoning Gaddafi’s soldiers. And Shams Din Fadelala, a gardener in the city’s public parks who supported the Libyan leader up to the day government soldiers started killing people on the streets of Benghazi. And Mohammed Darrat, who spent 18 years in Gaddafi’s prisons and every moment out of them believing that one day the people would rise up. [Continue reading…]