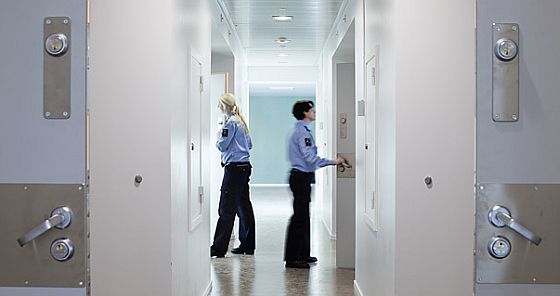 Norway's prison guards undergo two years of training at an officers' academy and enjoy an elevated status compared with their peers in the U.S. and Britain. Their official job description says they must motivate the inmate 'so that his sentence is as meaningful, enlightening and rehabilitating as possible,' so they frequently eat meals and play sports with prisoners. At Halden high-security prison, half of all guards are female, which its governor believes reduces tension and encourages good behavior. -- Time Magazine

Reading Anders Behring Breivik’s account of his preparations for his July 22 attacks in Oslo and Utøya evokes a certain dread at the sight of such a deliberate effort to cause carnage. Breivik expresses no doubt about what he is doing other than the fear that he might run out of funds and be unable to rent the car in which he intends to load explosives.

Mass murder, committed with such cold calculation surely merits the harshest punishment. Many Americans are thus now perplexed to learn about the apparent leniency of Norway’s penal system. Eli Lake’s views, as expressed in conversation with Hans-Inge Lango, will be shared by many.

But if Norway’s approach to crime is really sending the wrong message, just look at the numbers: an incarceration rate of 71 per 100,000 Norwegians versus 743 per 100,000 Americans; and while in Norway 80% of prisoners once released never return to jail, in the US almost 70% end up back behind bars.

Americans should not be asking whether Norway is capable of being tough enough with terrorists, but instead why a country that spends more on its security than any other also imprisons more of its own citizens than any other. (And for any of the xenophobes out there who might want to attribute America’s high incarceration rate to the high number of immigrants in this country, Germany has a similar proportion of immigrants and an incarceration rate of 85 per 100,000.)

1 thought on “Crime and punishment”