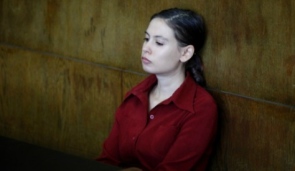 Dimi Reider writes: On Sunday, the Tel Aviv District Court sentenced Anat Kamm, a 24-year-old journalist and former soldier, to four and a half years in prison for leaking documents containing evidence of what she suspected might be war crimes committed by her commanders.

Uri Blau, a prominent Israeli investigative reporter at Haaretz who received the documents from Ms. Kamm, is now waiting to hear whether the attorney general will indict him.

Meanwhile, the commanders implicated in the leaked documents were cleared by the attorney general, and one was promoted to deputy chief of staff of the Israel Defense Forces.

The verdict sends several chilling messages. To young soldiers it says: shut up, even if you suspect your commanders of violating the law; they will go unpunished and you will go to jail if you leak. To the source it says: no one will protect you; don’t be a self-sacrificing fool. And to the journalist it says: know your place; cover what we tell you to cover, print our news releases, and keep within your bounds.

The sentencing of Ms. Kamm — who has already spent two years under house arrest — marks a watershed in the relationship between the public and the news media in Israel.

Leaks are used by journalists as a matter of course. Journalists routinely meet people like Ms. Kamm — ordinary patriotic soldiers who are horrified by the contrast between their expectations of their country and its actual conduct.

These ordinary patriots are sometimes moved to make shocking revelations about their country’s inner workings. They act out of civic duty and a belief that their compatriots need to know the truth, regardless of what official institutions think the public should know.

Ms. Kamm and Mr. Blau operated by the unwritten code of conduct that has enabled the Israeli press to monitor at least some aspects of the country’s powerful security establishment for the past 63 years. Ms. Kamm did not leak her secrets to an enemy, or even to a foreign journalist. She gave the documents to a fellow Israeli, who consulted his editors, and submitted his article to the military censor, who gave him the go-ahead.

On Sunday, we learned that this code of conduct no longer applies.