Mohammed el Gorani was born in Saudi Arabia in 1986 but since his parents were from Chad, he didn’t have the rights of a Saudi. In the hope of advancing himself he traveled to Pakistan where he studied English with the goal of being able to return and work in a hotel in Mecca. Instead, at the age of 14 he ended up being sent to Guantanamo for seven years and then “repatriated” to Chad, where he had never lived nor spoke the language.

Gorani told his story to Jérôme Tubiana and what happened after he arrived in Karachi.

I planned to go home after those six months. But two months after my arrival, there was 9/11. I didn’t pay attention – I was very busy with my lessons. Every day, I woke up, went to school, ate lunch, played football with the neighbourhood kids, studied, prayed. Every Friday, I went to pray in a big mosque not far from the house. Most of the people praying there were Arabs, because the imam was Saudi and spoke a good Arabic. One Friday, at the beginning of the sermon, we saw a lot of soldiers surrounding the mosque. After the prayers, they started questioning the people. They were looking for Arabs. They asked me: ‘Saudi?’ 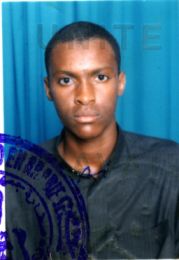 ‘Don’t lie, you’re Saudi!’ It must have been because of my accent. They put me on a truck and covered my head with a plastic bag. They took me to a prison, and they started questioning me about al-Qaida and the Talibans. I had never heard those words.

‘What are you talking about?’ I said.

‘Listen, Americans are going to interrogate you. Just say you’re from al-Qaida, you went with al-Qaida in Afghanistan, and they’ll send you home with some money.’

They hung me by my arms and beat me. Two white Americans, in their forties, arrived. They were wearing normal clothes. They asked: ‘Where is Osama bin Laden?’

‘You’re fucking with us? You’re al-Qaida, yes!’ They kept using the F-word.

I didn’t understand this word but I knew they were getting angry. A Pakistani was in the room, behind the Americans. When they asked if I was from al-Qaida, he nodded, to tell me to say yes. I wasn’t doing it, so he got mad. The Americans said: ‘Take him back!’ The Pakistani was furious: ‘They’re looking for al-Qaida, you have to say you’re al-Qaida!’ Then they put the electrodes on my toes. For ten days I had them on my feet. Every day there was torture. Some of them tortured me with electricity, others just signed a paper saying they had done it. One Pakistani officer was a good guy. He said: ‘The Pakistani government just want to sell you to the Americans.’ Some of us panicked, but I was kind of happy. I loved to watch old cowboy movies and believed that Americans were good people, like in the movies, it would be better with them than with the Pakistanis, we’d have lawyers. Maybe they’d allow me to study in the US, then send me back to my parents.

They started taking detainees away every night, by groups of twenty. We didn’t know where they were going to, but we thought the US. One day, it was my group’s turn. The Pakistanis took away our chains and gave us handcuffs ‘made in the USA’. I told the other detainees: ‘Look, we’re going to the US!’ I thought the Americans would understand that the Pakistanis had cheated them, and send me back to Saudi.

So my hands were tied in the back and a guard held me by a chain. We were twenty, with maybe fifteen guards. They covered our eyes and ears, so I couldn’t see much. When they took off our masks, we were at an airport, with big helicopters. Then the movie started. Americans shouted: ‘You’re under arrest, UNDER CUSTODY OF THE US ARMY! DON’T TALK, DON’T MOVE OR WE’LL SHOOT YOU!’ An interpreter was translating into Arabic. Then they started beating us – I couldn’t see with what but something hard. People were bleeding and crying. We had almost passed out when they put us in a helicopter.

We landed at another airstrip. It was night. Americans shouted: ‘Terrorists, criminals, we’re going to kill you!’ Two soldiers took me by my arms and started running. My legs were dragging on the ground. They were laughing, telling me: ‘Fucking nigger!’ I didn’t know what that meant, I learned it later. They took off my mask and I saw many tents on the airstrip. They put me inside one. There was an Egyptian (I recognised his Arabic) wearing a US uniform. He started by asking me: ‘When was the last time you saw Osama bin Laden?’ ‘Who?’ He took me by my shirt collar and they beat me again. During all my time at Kandahar, I was beaten. Once it was like a movie – they came inside the tent with guns, shouting: WE CAUGHT THE TERRORISTS! And they put us in handcuffs. ‘Here are their guns!’ And they threw some Kalashnikovs onto the ground. ‘We’ve been fighting them, they killed a lot of people!’ All that was for cameras, which were held by men in uniforms. I was lying on the ground with the other prisoners. They brought dogs to scare us.

One day they started moving prisoners again. They picked you from your tent, put you naked, shaved your head and beard (I was too young to have a beard), then beat you. They dressed you with orange clothes, handcuffed you, and put gloves with no fingers on you, so you couldn’t open the handcuffs. ‘You guys are going to a place where there is no sun, no moon, no freedom, and you’re going to live there for ever,’ the guards told us, and laughed. They put you in completely black glasses and headphones, so that you couldn’t see or hear. With those on, you don’t feel the time. But I could hear when they were changing the guards, probably every hour. I must have spent five hours sitting on a bench, with another detainee in my back.

Then they put us in a plane – I don’t know what kind because I couldn’t see. As soon as you moved or talked, they beat you. They were shouting: IF YOU DON’T FOLLOW OUR ORDERS, WE’LL KILL YOU! I passed out. We had no water and no food. I woke up hearing voices shouting at me in different languages. They took me to my cell. I saw soldiers everywhere, and guns, like if it was war. There were big metal fences everywhere. We were in Guantánamo, in Camp X-Ray. It’s a prison without walls, without roofs – only fences. Nothing to protect you from the sun or the rain.

The sky was blue. Except for sky you couldn’t see anything. Later, when I was moved to Camp Delta, I could look by the windows. The camp was ringed with a green plastic sheet, but there were holes and I could see trees. And even the sea. I saw it even better, years later, when I was moved to Camp Iguana, where they put you before release. Through the plastic sheet, I saw the ocean, big ships and the guards swimming. Only in Iguana can you touch the sand.

In Camp Five as well, there was a window in my cell, but it was covered with brown tape. One day I was sitting, mad, sad, angry, and a woodpecker came and knocked, knocked until it broke the tape – a hole big as a coin. It did this to a lot of windows. It started doing it every day and the guards had to put new tape every day. Sometimes, they left the holes. I could see the cars, the soldiers, the sky, the sun, the life outside. We called the bird Woody Woodpecker.

For months, I didn’t know where I was. Some brothers said Europe. No, others told: ‘It’s the weather of Oman.’ Others told Brazil, also because of the weather. We arrived in February, but it was so hot in comparison to Kandahar. There we shivered night and day, especially when we were naked. After a few months, an interrogator told me: ‘We’re in Cuba.’ It was the first time I heard this name. ‘An island in the middle of the ocean. Nobody can run away from here and you’ll be here for ever.’ The older detainees knew of Cuba, but didn’t know there was an American base. I’d seen a lot of American movies, and arrested people always said: ‘I have the right to a lawyer!’ The interrogators laughed at me: ‘Not here in Guantánamo! You got no rights here!’

1 thought on “The youngest prisoner held at Guantánamo”