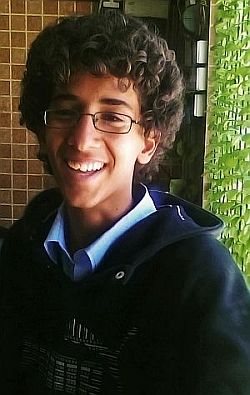 A federal court judge has ruled that President Obama does not need to reveal the legal grounds on which he claims he can make a unilateral and unreviewable decision to kill an American citizen.

Last year Attorney General Eric H. Holder Jr. contrived the notion that a citizen’s constitutional right to due process can be protected even in the absence of any judicial process.

In essence, the Obama adminstration’s answer to those who question its application of the law is: trust us, we abide by the law.

Yet if so much trust could be invested in a president’s legal authority, why bother with written laws? Why not simply say what in effect we are being told: the president’s word is law.

Conor Friedersdorf writes: To be clear, the legal fight isn’t about whether Obama can kill American citizens in secret without presenting any charges or evidence of guilt or conducting a trial. At issue is whether Americans are entitled to know what he regards as the legal justification for that power.

So far, President Obama has refused to release that legal reasoning, as prepared by the Office of Legal Counsel. He is effectively denying us the ability to know what laws we live under, and stifling an informed debate about whether the powers he is exercising are in fact proper.

Judge McMahon seems to think it is technically legal for Obama to keep mum. She nevertheless delivered a scathing rebuke. Characterizing his national security policy as an “ill-defined yet vast and seemingly ever-growing exercise,” she began by explaining that in this case he hasn’t actually run afoul of freedom of information laws, and thus cannot be compelled to explain why his controversial actions are permitted by the Constitution and do not violate the law.

But as Friedersdorf further notes, the judge’s own decision is wrapped in secrecy.

McMahon offers a stark reminder of how ruinous government secrets are to the normal functioning of the legal system. “This opinion will deal only with matters that have been disclosed on the public record,” she notes. “The Government has submitted material to the Court ex parte for an in camera review. Certain issues requiring discussion in order to make this opinion complete relate to this classified material. That discussion is the subject of a separate, classified appendix to this opinion, which is being filed under seal and is not available to Plaintiff’s counsel.” There’s a secret opinion explaining why the government’s secret argument for being able to keep secret the argument for why it can kill in secret is valid! This during the tenure of a man who pledged his administration would be the most transparent ever.

2 thoughts on “Obama allowed to keep his murder memos secret”