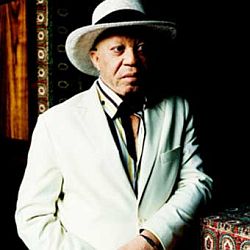 Angelique Kidjo, Beninoise singer-songwriter: Exiled in Paris from my native Benin in west Africa, I started to study music in a jazz school in 1985. I could hear the passion the great jazzmen had for African music. John Coltrane had written a song called Dahomey Dance after the name of my country and it has been said that Miles Davis’s modal approach in Kind of Blue was inspired by a performance of the Ballets de Guinée that he attended. But African music in the 80s was just about dance, partying, Congolese guitars and “la Sape”, the Zairian form of dandyism. I was so frustrated. I could not imagine how to reconcile in my music the beauty of the traditional music of my youth with the modern sounds of jazz. Then, in 1987, came Salif Keita’s album Soro. It was a grand revelation for me. In the opening of the song Sina, his most amazing voice felt like an incantation. It was surrounded by mystical minor chords and backed by the funkiest Malian polyrhythms you could imagine! The emotion it carried gave me a sense that African culture had unlimited depth and power and could also touch your heart like nothing you had heard before.

(Some readers here might not have noticed this site has a music section which includes playlists from many artists around the world including Salif Keita.)

1 thought on “Mali’s music and the soul of Africa: Salif Keita”