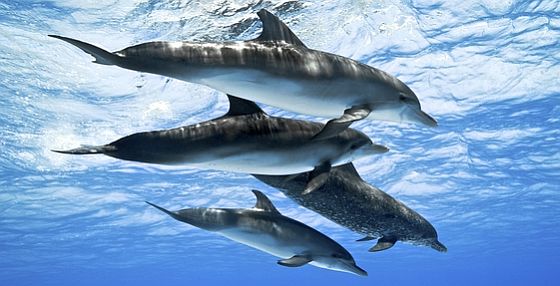 Deutsche Welle reports: India has officially recognized dolphins as non-human persons, whose rights to life and liberty must be respected. Dolphin parks that were being built across the country will instead be shut down.

India’s Ministry of Environment and Forests has advised state governments to ban dolphinariums and other commercial entertainment that involves the capture and confinement of cetacean species such as orcas and bottlenose dolphins. In a statement, the government said research had clearly established cetaceans are highly intelligent and sensitive, and that dolphins “should be seen as ‘non-human persons’ and as such should have their own specific rights.”

The move comes after weeks of protest against a dolphin park in the state of Kerala and several other marine mammal entertainment facilities which were to be built this year. Animal welfare advocates welcomed the decision.

“This opens up a whole new discourse of ethics in the animal protection movement in India,” said Puja Mitra from the Federation of Indian Animal Protection Organizations (FIAPO). Mitra is a leading voice in the Indian movement to end dolphin captivity.

“The scientific evidence we provided during the campaign talked about cetacean intelligence and introduced the concept of non-human persons,” she said in an interview with DW.

Indiais the fourth country in the world to ban the capture and import of cetaceans for the purpose of commercial entertainment – along with Costa Rica, Hungary, and Chile. [Continue reading…]