Ever since August 21 there has been a proliferation of rumors among what I dub the false flag brigade, supporting the view that whatever happened in the suburbs of Damascus that day had nothing to do with the Assad regime. “The event” whose nature is still being disputed was supposedly an attempt to trigger Western military intervention in Syria for the purpose of bringing down the regime.

The many videos of the dead and dying made it hard to dispute that something catastrophic had occurred. Initial reports that the areas in which the dead were concentrated had come under rocket attack from Syrian government forces and that rockets were landing without exploding — a signature of chemical weapons whose toxicity would be degraded by a large explosion — were countered with vague stories about rebels having released the chemicals in a false flag operation.

Some stories involved the use of improvised rockets (which turned out not to be rockets “Hell Cannons“) while others claimed the chemicals had been released from weapons that had been transported into the target areas and then handled improperly.

One of the most significant features of the alternative theories on the chemical attack was that none appear to have promoted the most plausible explanation on how rebels could have used chemical weapons: that they were using weapons captured from government stockpiles.

For narrative purposes, there were two problems in suggesting that rebels were using such weapons. Firstly, that would require an admission that the government possesses such weapons — an admission that many anti-interventionists are unwilling to make. But secondly, and more importantly, to suggest that chemical weapons have fallen into the hands of rebels is to conjure up a scenario that it has long been stated by the U.S. government would trigger a necessity for military intervention, including the use of ground forces.

Having said that, during the period between the attacks and the release of the UN report investigating the use of chemical weapons, there has been no physical evidence discovered that lends weight to any alternative explanation. And since no convincing alternative has emerged, those who resist the assertion that the regime launched the attacks have increasingly simply voiced skepticism about the evidence supporting the widely accepted interpretation of what happened.

Lo and behold, a LiveLeak account created on September 16 has provided all the requirements — smoking guns, gas masks, glimpses of what look like the same kind of rocket and “jihadists” who have helpfully attached flags to their howitzer identifying their militia. Brown Moses Blog has subsequently posted the videos on YouTube.

Eliot Higgins writes: The men in the video claim to be Liwa al-Islam, and the many flags in the video are also marked Liwa al-Islam. In the videos they are shown to launch the same unusual munitions (I’ve dubbed UMLACAs) used in the August 21st sarin attack.

Obviously, this is meant to be proof that Liwa al-Islam were responsible for the August 21st attack, but there’s a lot about it that seems dubious.

First of all the video quality is awful, so it’s very difficult to make out a lot of details. It’s also rather odd it’s so dark when August 21st was a full moon, and there’s no lights in the city visible. Apart from that, there’s three things the videos seem designed to really push, that the UMLACAs are being used, it’s August 21st (repeated on each of the videos), and it’s Liwa al-Islam. They don’t just say they are Liwa al-Islam, but everything is draped in Islamic black standards with Liwa al-Islam written on it.

A look though YouTube channels used by Liwa al-Islam, here and here, doesn’t seem to show videos where they’ve draped black flags over the weapons they are using, as seen in these new videos, and the new videos also don’t appear to have the Liwa al-Islam logo anywhere, which they do seem to like plastering all over their equipment. It’s also a bit odd they’d cover everything with the logo, yet film it using such a poor quality camera.

After the August 21 attacks, let’s just imagine that a team in Syrian government intelligence was assigned the task of producing “evidence” which could be circulated on social media that would support the claims that the attacks had been carried out by Assad’s opponents. What would the “evidence” need to contain?

1. Clearly identifiable culprits: The LiveLeak videos are labelled “Syrian terrorists.August 21” and prominently display Liwa al-Islam flags.
2. Elements that will signal to non-experts that chemical weapons are involved: The men in the videos are wearing gas masks.
3. Recognizable munitions: Even while most of what’s happening in the videos is shrouded in darkness, there are multiple shots of what look like the rocket sections of what Higgins has called UMLACAs.

How difficult would it be for the regime to pull this off? Not very difficult.

If these videos are not Syrian government propaganda or do in fact indicate that chemical weapons have fallen into the hands of opposition fighters, the regime now has a problem.

With Russia’s support it is now pursuing a political strategy that hinges on its ability to secure and destroy its chemical weapons stockpiles. An ongoing visible demonstration of this commitment will serve as a kind of insurance policy that makes Assad’s continued rule an unpalatable yet a seeming necessity in the eyes of the Obama administration.

Footnote: I missed this when it appeared in Foreign Policy three weeks ago, but it looks like Syria’s “unique” chemical weapons munitions were actually modeled on an American design. 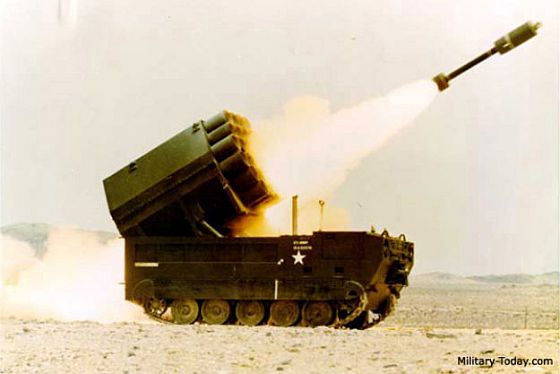 2 thoughts on “On smoking guns and false flags”