When Ian Flemming created the fictional SPECTRE (SPecial Executive for Counter-intelligence, Terrorism, Revenge and Extortion), a terrorist organisation aimed at world domination, he chose a familiar icon — the octopus — long favored by those who want to evoke images of evil. Its tentacles represent strength, stealth, ugliness, vast reach, and ruthlessness.

For the National Reconnaissance Office (NRO), which chose a world-grasping octopus and the slogan “Nothing is Beyond Our Reach” to adorn its latest spy satellite that launched from California on Thursday, the octopus represents “a versatile, adaptable, and highly intelligent creature.”

While the mission of NROL-39 is classified, it is believed to be a remnant of the Future Imagery Architecture, a program which was described in the New York Times in 2007 as “perhaps the most spectacular and expensive failure in the 50-year history of American spy satellite projects.” 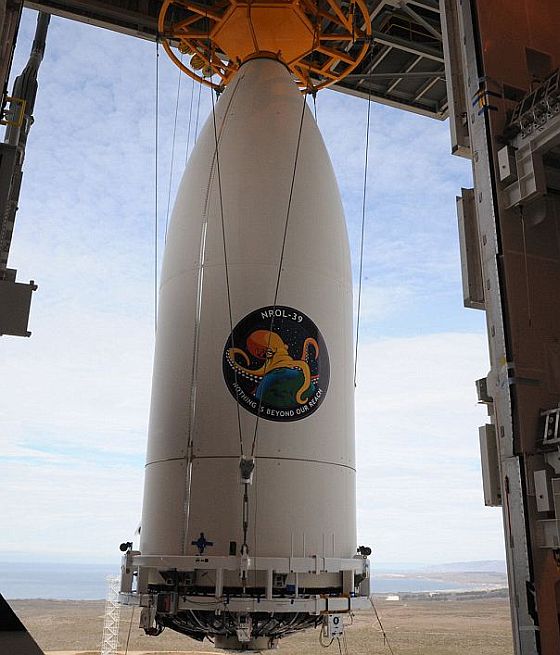 In a recent interview with the BBC, Glenn Greenwald said:

The goal of the United States government and the UK government, its closest surveillance ally, is to eliminate all privacy globally, by which I mean, to make every form of electronic communication by and between all human beings, collected, stored, analyzed, and monitored by the U.S. and its four English-speaking Five Eyes partners in the surveillance world.

One can view NROL-39 and its choice of symbols as yet another example of this relentless drive towards global domination in surveillance that Greenwald describes, or, one can apply a bit of analysis in a more fruitful, realistic but perhaps less hyperbolic direction.

As news reports appeared showing the NRO’s poor choice of imagery, I expect that inside the Pentagon and across the intelligence community, there was no shortage of individuals who smacked their own foreheads as they wondered: who could be so clueless? U.S. intelligence already has a massive image problem. It just got worse.

As a defense establishment agency, I’m sure the NRO does not have an artist-in-residence who is given a free hand to design and deploy a spy satellite logo of their choice. On the contrary, like any other government bureaucracy, the NRO no doubt has a careful review process through which draft designs are viewed and approved or rejected. So it’s very unlikely that when NROL-39 blasted into orbit, the global dominating octopus on its side lacked any of the sign-offs in the stages of authorization required by the agency. In other words, government officials across multiple ranks of seniority saw the logo and said: “Looks good to me.”

What the octopus logo reveals says much less about the ability of the intelligence agencies to control the world than it says about the competence and judgement of the people in charge.

The NRO is run by Betty J. Sapp and she isn’t a rocket scientist — business management is supposedly her expertise.

When those aspects of an intelligence agency’s work that are on public display evince this level of cluelessness, there’s no reason to imagine that under a cloak of secrecy it operations are more efficient.

We probably have less reason to be worried about our freedoms being curtailed than we have reason to be angry about the vast waste of resources all incurred in the name of national security.