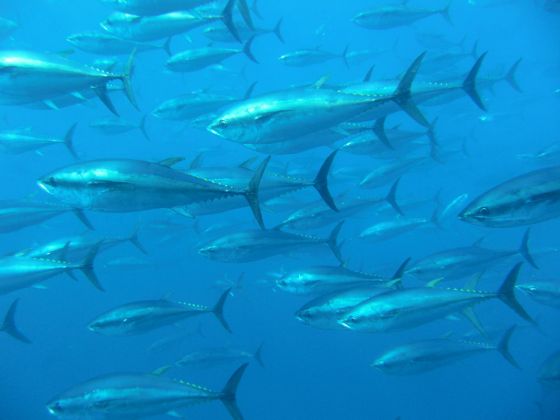 Culture — something we generally associate with its expressions through art, music, literature and so forth — is commonly viewed as one of the defining attributes of humanity. We supposedly rose above animal instinct when we started creating bodies of knowledge, held collectively and passed down from generation to generation.

But it increasingly appears that this perspective has less to do with an appreciation of what makes us human than it has with our ignorance about non-human cultures.

Although non-human cultures don’t produce the kind of artifacts we create, the role of knowledge-sharing seems to be just as vital to the success of these societies as it is to ours. In other words, what makes these creatures what they are cannot be reduced to the structure of their DNA — it also involves a dynamic and learned element: the transmission of collective knowledge.

The survival of some species doesn’t simply depend on their capacity to replicate their DNA; it depends on their ability to pass on what they know.

Scuola Internazionale Superiore di Studi Avanzati: Small changes in a population may lead to dramatic consequences, like the disappearance of the migratory route of a species. A study carried out in collaboration with the SISSA has created a model of the behaviour of a group of individuals on the move (like a school of fish, a herd of sheep or a flock of birds, etc.) which, by changing a few simple parameters, reproduces the collective behaviour patterns observed in the wild. The model shows that small quantitative changes in the number of knowledgeable individuals and availability of food can lead to radical qualitative changes in the group’s behaviour.

Until the ’50s, bluefin tuna fishing was a thriving industry in Norway, second only to sardine fishing. Every year, bluefin tuna used to migrate from the eastern Mediterranean up to the Norwegian coasts. Suddenly, however, over no more than 4-5 years, the tuna never went back to Norway. In an attempt to solve this problem, Giancarlo De Luca from SISSA (the International School for Advanced Studies of Trieste) together with an international team of researchers (from the Centre for Theoretical Physics — ICTP — of Trieste and the Technical University of Denmark) started to devise a model based on an “adaptive stochastic network.” The physicists wanted to simulate, simplifying it, the collective behaviour of animal groups. Their findings, published in the journal Interface, show that the number of “informed individuals” in a group, sociality and the strength of the decision of the informed individuals are “critical” variables, such that even minimal fluctuations in these variables can result in catastrophic changes to the system.

“We started out by taking inspiration from the phenomenon that affected the bluefin tuna, but in actual fact we then developed a general model that can be applied to many situations of groups “on the move,” explains De Luca.

The collective behaviour of a group can be treated as an “emerging property,” that is, the result of the self-organization of each individual’s behaviour. “The majority of individuals in a group may not possess adequate knowledge, for example, about where to find rich feeding grounds” explains De Luca. “However, for the group to function, it is enough that only a minority of individuals possess that information. The others, the ones who don’t, will obey simple social rules, for example by following their neighbours.”

The tendency to comply with the norm, the number of knowledgeable individuals and the determination with which they follow their preferred route (which the researchers interpreted as being directly related to the appeal, or abundance, of the resource) are critical variables. “When the number of informed individuals falls below a certain level, or the strength of their determination to go in a certain direction falls below a certain threshold, the migratory pathway disappears abruptly.”

“In our networks the individuals are “points,” with interconnections that form and disappear in the course of the process, following some established rules. It’s a simple and general way to model the system which has the advantage of being able to be solved analytically,” comments De Luca.

So what ever happened to the Norwegian tuna? “Based on our results we formulated some hypotheses which will, however, have to be tested experimentally,” says De Luca. In the’50s Norway experienced a reduction in biomass and in the quantity of herrings, the main prey of tuna, which might have played a role in their disappearance. “This is consistent with our model, but there’s more to the story. In a short time the herring population returned to normal levels, whereas the tuna never came back. Why?”

One hypothesis is that, although the overall number of Mediterranean tuna has not changed, what has changed is the composition of the population: “The most desirable tuna specimens for the fishing industry are the larger, older individuals, which are presumably also those with the greater amount of knowledge, in other words the knowledgeable elders.” concludes De Luca.

Another curious fact: what happens if there are too many knowledgeable elders? “Too many know-alls are useless,” jokes De Luca. “In fact, above a certain number of informed individuals, the group performance does not improve so much as to justify the “cost” of their training. The best cost-benefit ratio is obtained by keeping the number of informed individuals above a certain level, provided they remain a minority of the whole population.”