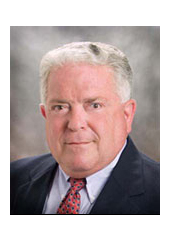 In a speech delivered in Washington DC today, Chas Freeman said: Da`ish [ISIS] and the 15,000 foreign jihadis it has attracted are an existential threat to Arab societies and a potential menace to Muslim societies everywhere. Da`ish poses no comparable threat to the United States. Some Americans argue therefore that Da`ish doesn’t matter. A few suggest that, because tight oil and shale gas production is making North America energy self-sufficient, what happens in the Middle East as a whole should also no longer matter much to Americans. But the Persian Gulf is where international oil prices are set. If you doubt this, ask an American tight oil producer what’s happening in today’s energy markets and why. Without stability in West Asia, the global economy is also unstable.

Da`ish aspires not only to destroy the states of the Mashriq – the Arab East – but to conquer their territories and use their resources to mount attacks on the United States, European countries, Russia, and China. It wants to get its hands on the world’s major energy reserves. Its depredations are a current threat only to stability in West Asia, but its recruitment efforts are as global as its aspirations. Quite aside from the responsibility the United States bears for creating the conditions in which this dangerous cult could be born and flourish, Da`ish threatens American interests abroad today. It promises to threaten American domestic tranquility tomorrow. It sees inflicting harm on the West as a central element of its mission.

For all these reasons, Da`ish cannot be ignored by the United States or other nations outside the Middle East. It requires a response from us. But Da`ish must be actively countered first and foremost by those it targets within the region, not by the United States and its Western allies. This means that our response must be measured, limited, and calculated to avoid relieving regional players of the primary responsibility for protecting themselves from the menace to them that Da`ish represents.

Muslims – whether Shiite or Sunni or Arab, Kurd, Persian, or Turk – now have an expanding piece of Hell in their part of the Earth, a growing foulness near the center of Islam. It is almost certainly a greater threat to all of them than they have ever posed to each other. Da`ish will not be contained and defeated unless the nations and sects on its regional target list – Shiite and Sunni alike – all do their part. We should not delude ourselves. The obstacles to this happening are formidable.

Virtually every group now fighting or being victimized in Iraq, Syria, and Lebanon has engaged in or been accused of terrorism by the others. Sectarian violence continues to stoke hatred in the region. The religious animosities between Shi`ites and Sunnis are more intense than ever. The geopolitical rivalry between Iran and the Gulf Arabs remains acute. The political resentments between Turks, Kurds, and Arabs and between Arabs and Persians are entrenched. Each describes the other as part of the problem, not part of the solution.

Unity of command, discipline, and morale are the keys to both military and political success. Da`ish has all three. Its opponents do not. Some are dedicated to the defense of Shiite privilege. Others assign priority to dislodging Shiite or secular authority. Some insist on regime change. Others seek to prevent it. A few support Islamist democratic movements. Others seek to suppress and eradicate them. Some fear terrorism from the victims and enemies of Da`ish more than they fear Da`ish itself. Most treat opposing Da`ish as a secondary strategic objective or a means of enlisting American and other foreign support in the achievement of other priorities, not as their primary aim.

With few exceptions, the states of the region have habitually looked to outside powers for leadership as well as firepower and manpower with which to respond to major security challenges. Despite vast imports of foreign weapons systems, confidence in outside backing has enabled the countries in the region to assume that they could avoid ultimate responsibility for their own defense, relying instead on their ability to summon their American and European security partners in times of crisis. But only a coalition with a strong Muslim identity can hope to contain and shrink Da`ish.

There is no such coalition at present. Every actor in the region has an agenda that is only partially congruent with the Da`ish-related agendas of others. And every actor focuses on the reasons it cannot abide or work with some or all of the others, not on exploring the points it has in common with them. [Continue reading…]