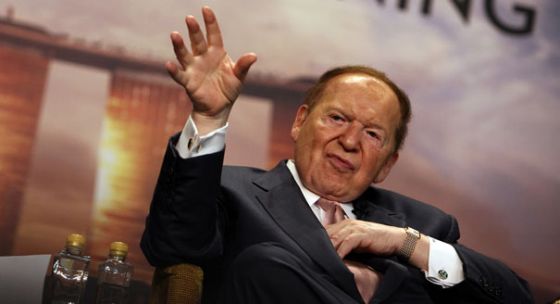 Uri Avnery writes: Who is the ruler of Israel?

The real ruler of Israel is one Sheldon Adelson, 81, American Jew, Casino king, who was rated as the world’s tenth richest person, worth 37.2 billion dollars at the latest count. But who is counting?

Besides his casinos in Las Vegas, Pennsylvania, Macao and Singapore, he owns the US Republican party and, lately, both Houses of the US Congress.

Adelson’s connection with Israel is personal. On a blind date, he fell in love with an Israeli woman.

Miriam Farbstein was born in Haifa, attended a prestigious high school, did her army service in the Israeli institute which deals with bacteriological warfare and is a multifaceted scientist. After one of her sons (from her first marriage) died of an overdose, she is devoted to the fight against drugs, especially cannabis.

Both Adelsons are fanatical supporters of Israel. Not just any Israel, but a rightist, supremacist, arrogant, violent, expansionist, annexationist, non-compromising, colonialist Israel.