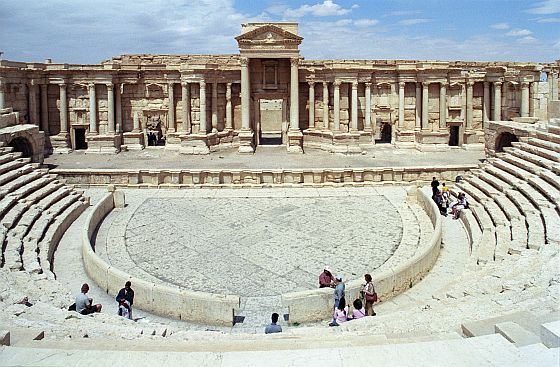 The New York Times reports: Islamic State militants advanced to the outskirts of the Syrian town of Palmyra on Thursday, putting the extremist group within striking distance of some of the world’s most magnificent antiquities.

That raised fears that the ancient city of Palmyra, with its complex of columns, tombs and ancient temples dating to the first century A.D., could be looted or destroyed. Militants from the Islamic State, also known as ISIS or ISIL, have already destroyed large parts of ancient sites at Nimrud, Hatra and Nineveh in Iraq. Islamic State leaders denounce pre-Islamic art and architecture as idolatrous even as they sell smaller, more portable artifacts to finance their violent rampage through the region.

The fighting on Thursday took place little more than a mile from the city’s grand 2,000-year-old ruins, which stand as the crossroad of Greek, Roman, Persian and Islamic cultures.

People in Palmyra described a state of anxiety and chaos, with residents trying to flee the northern neighborhoods. [Continue reading…]