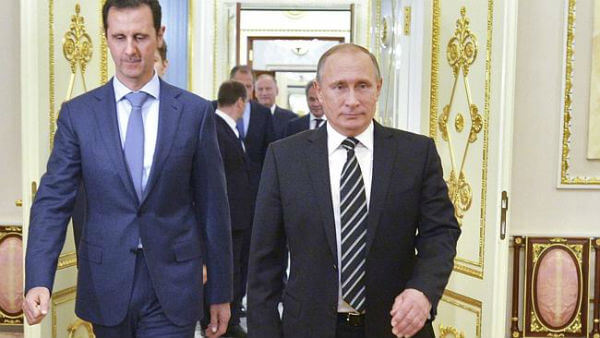 The New York Times reports: The partial truce that Russia and the United States have thrashed out in Syria capped something of a foreign policy trifecta for President Vladimir V. Putin, with the Kremlin strong-arming itself into a pivotal role in the Middle East, Ukraine floundering and the European Union developing cracks like a badly glazed pot.

Beyond what could well be a high point for Mr. Putin, however, lingering questions about Russia’s endgame arise in all three directions.

In Syria, Russia achieved its main goal of shoring up the government of President Bashar al-Assad, long the Kremlin’s foremost Arab ally. Yet its ultimate objectives remain murky, not least navigating a graceful exit from the messy conflict.

In Ukraine, Russia maintains a public commitment to put in place a year-old peace agreement. Renewed fighting in the Russian-backed breakaway regions, however, suggests that Moscow seeks to further destabilize the Kiev government, already wobbly from internal political brawling.

In Europe, Mr. Putin wants to deepen cracks in the European Union, hoping to break the 28-nation consensus behind the economic sanctions imposed on Russia over its annexation of Crimea in 2014. The Kremlin recently cranked up its propaganda machine to malign the German chancellor, Angela Merkel — viewed here as the central figure in the confrontation against Moscow — portraying her as barren and her country as suffering violent indigestion from too many immigrants.

The target audience for these achievements is the Russian populace, partly to distract people from their deepening economic woes.

“On screen we can see that we are so strong, we are so important, we are so great,” Nikolai Petrov, a professor of political science at the Moscow School for Higher Economics, said sarcastically. [Continue reading…]