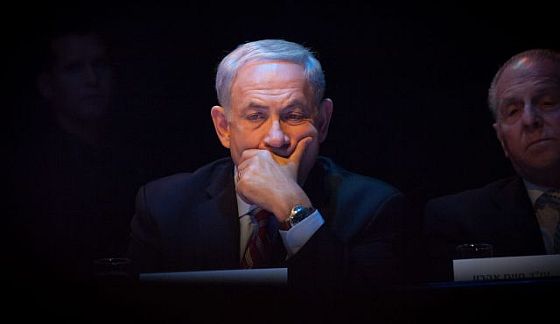 Nicola Abé reports: Even though this new wave of violence has been underway since October, Netanyahu has been unable to do anything about it or bring peace to his country. Some would argue that his record is disastrous, and that the tense situation would harm his popularity, but the opposite has been true. Last year, Netanyahu expanded his power even further, simply claiming a number of ministries for himself. Now, in addition to being prime minister, he is also foreign minister, economy minister, communication minister and regional development minister. He has installed allies in the media, in the police force and in the judiciary. It’s as if Netanyahu is in a toxic embrace with his country.

During a state trip last fall, Netanyahu’s official plane flew through heavy, dark clouds, with the fasten seatbelt sign on. Just as the aircraft entered severe turbulence, Netanyahu appeared in the rear section of the aircraft, where the journalists sat. He wanted to give a background talk at that very moment. He had a full 12 hours to speak, but he only chose to do so a few minutes prior to landing.

As a hurricane-like storm brewed, the journalists clung to their seats. It was the middle of the night in Jerusalem and Netanyahu spoke with them about Syria and Iraq. He had dark circles under his eyes and unkempt hair. His words essentially amounted to nothing.

The plane swayed back and forth. His press spokesman then pulled at his sleeve, trying to get him to sit down. The aircraft hit an air pocket, but Netanyahu didn’t flinch. This was and is his message. He stages politics as a never-ending dance at the brink of an abyss — in which he constantly remains in control. This catastrophic backdrop allows Netanyahu to appear both as victim and savior. He turns everything into an existential question, because he derives his power from the existential.

“The survival mode is in the Israeli DNA,” says journalist Nahum Barnea of Yedioth Ahronoth, one of the country’s biggest daily newspapers. He has followed Netanyahu for years. “He plays the type who holds the dam together.” [Continue reading…]